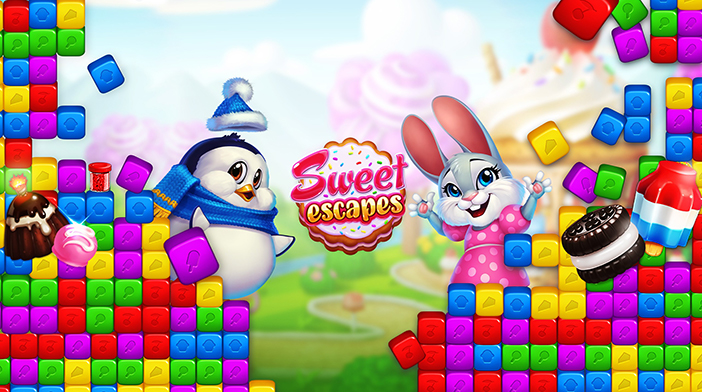 AppLovin, a mobile marketing company that also owns a game studio, has invested in Sweet Escapes mobile game developer Redemption Games, terms of the deal were not disclosed.

The San Diego area-based Redemption Games is the brainchild of cofounders Michael Witz and Dan Lin, who led the team that designed and developed the chart-topping Cookie Jam (a top match-3 game that Jam City published), with what it claims is more than $500 million in lifetime sales.

The duo started their company in 2015. Following a $5 million investment from Supercell in 2018, Redemption Games launched Sweet Escapes in July 2019, and the company said it has become the fastest-growing puzzle game in the app store. Redemption Games will continue to operate independently with existing management.

“We weren’t sure what to expect when we launched Sweet Escapes in July 2019. We were honestly just focused on launching an amazing game and getting it out in front of players,” said Redemption Games chief technology officer Dan Lin in an email. “We’ve seen more success with Sweet Escapes than we ever thought possible. With AppLovin’s investment, there’s even more potential to scale our game and to launch future games. The AppLovin team consists of more than just business partners — they’re a team we are eager to learn from and we know we will enjoy working and growing with them.”

“We continue to grow our investments in 2020, and we are excited to invest in a local, California game studio,” said AppLovin CEO Adam Foroughi in an email. “Michael and Dan have a proven track record of producing entertaining mobile games and we look forward to supporting the next wave of their success and scaling their presence worldwide.”