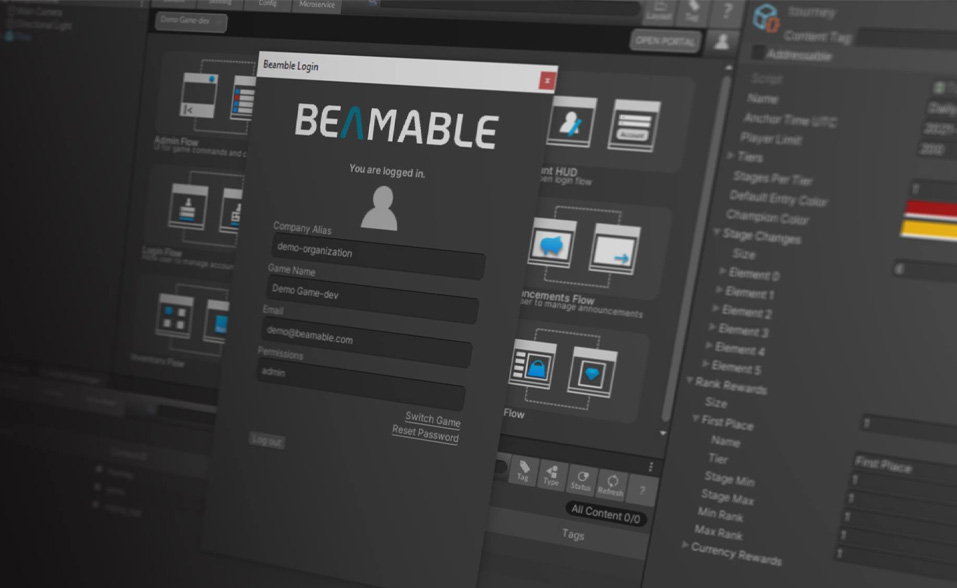 Boston-based live service tool platform Beamable announced that it had secured over $10 million in a recent funding round.

GrandBanks Capital and Companyon Ventures led the round. In addition, a new investor Gutbrain Ventures, and existing investors, such as Defy, also participated in the funding round.

“Making a live game should be as easy as publishing a web page,” said Jon Radoff, CEO of Beamable. “Although engines like Unity and Unreal have made it easier to author 3D experiences, the workflow and infrastructure to enable games with sophisticated economies and communities has lagged far behind. We empower game makers of all sizes to go directly from their imagination to a game of any scale.”

Bob Davoli, Managing Director at Gutbrain Ventures, commented: “The best development platforms are built by teams who have deep domain experience. The Beamable team clearly understands the needs of game developers. We were impressed by how the company is creating an authentic culture of making game studios successful.”

Beamable said it plans to use the money to develop and expand its live service games business. The firm has more than 1,000 developers who use its self-service platform to schedule and manage live events. The company hosts tournaments for gamers to make them even more engaged with current titles through interactive competition.

Beamable provides game developers the tools needed to deliver and optimize their live games with features, content, and infrastructure. Moreover, the platform makes it easy to develop, run, and scale live games.

In addition to the recent funding round, Beamable also raised around $5 million in February this year.

Formerly known as Disruptor Beam, the company rebranded itself as Beamable last year. Following the rebranding, the company shifted from mobile game development to providing backend technology to free-to-play games.