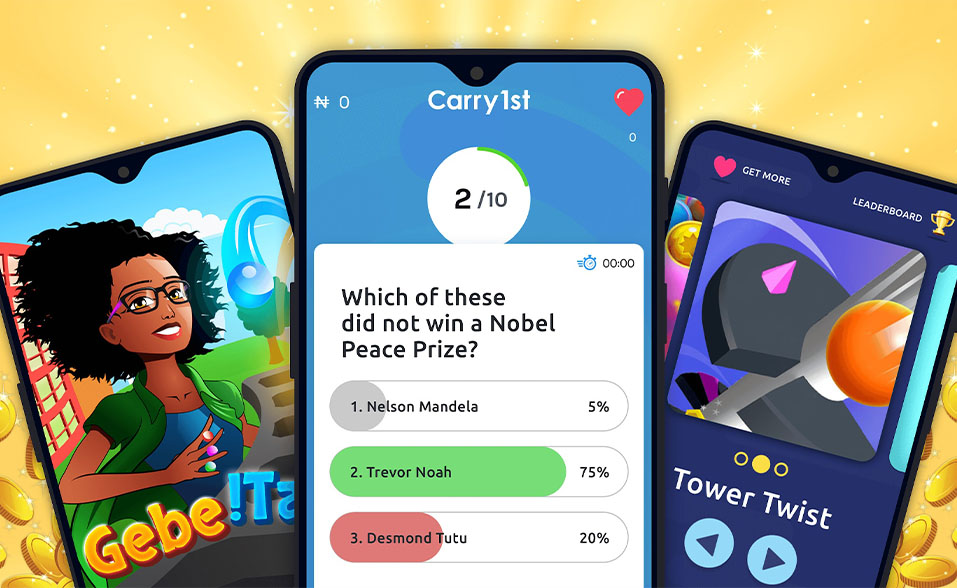 Carry1st has announced that it secured $6 million in a Series A funding round to develop its mobile game publishing platform.

“Carry1st is helping to bring mobile gaming to Africa by solving for distribution with their payment infrastructure and approaching sub-regions with contextual understanding,” Vaughan commented. “Cordel, Lucy, and Tino are incredible founders with strong experience on the continent. We’re excited to lead their Series A and support them as they continue to bring joy to their users across the continent”.

Carry1st said the money would help it develop new games, scale up its existing games portfolio, and developing partnerships with global games studios. The company also said the investment would be used to expand its product lineup and grow its engineering and development teams.

Additionally, the firm aims to take advantage of the potential untapped mobile market in Africa by providing support to developers and studios in the region.

Carry1st launched in 2018 and has teams working in both the US and South Africa. Lucy Hoffman co-founded the company alongside Cordel Robbin-Coker and Tinotenda Mundangepfupfu. Robbin-Coker is the CEO, while Hoffman serves as the COO of the company.

“We essentially just got really inspired by some of the dominant demographic trends on the continent,” Hoffman said in an interview. “There are over a billion Gen Z and Millennials. Given the influx of cheap smartphones from China, people are coming online for the first time. They’re bypassing laptops, PCs, and consoles and and just going mobile-first. And so we thought it was a really interesting opportunity to get involved in the mobile space, as the cost of data is coming down.”

The firm reiterated that it wants to focus on developing games and apps for the African market. Earlier, Carry1st raised $2.5 million in a seed funding round in May 2020. This funding round, in total, raises Carry1st funds to $9.5 million. The company has 26 employees from 11 countries, mainly from South Africa and Nigeria.

Carry1st’s debut game, Carry1st Trivia, became No. 1 on Android in Kenya and Nigeria since it was launched in 2019 with more than 1.5 million downloads to date.