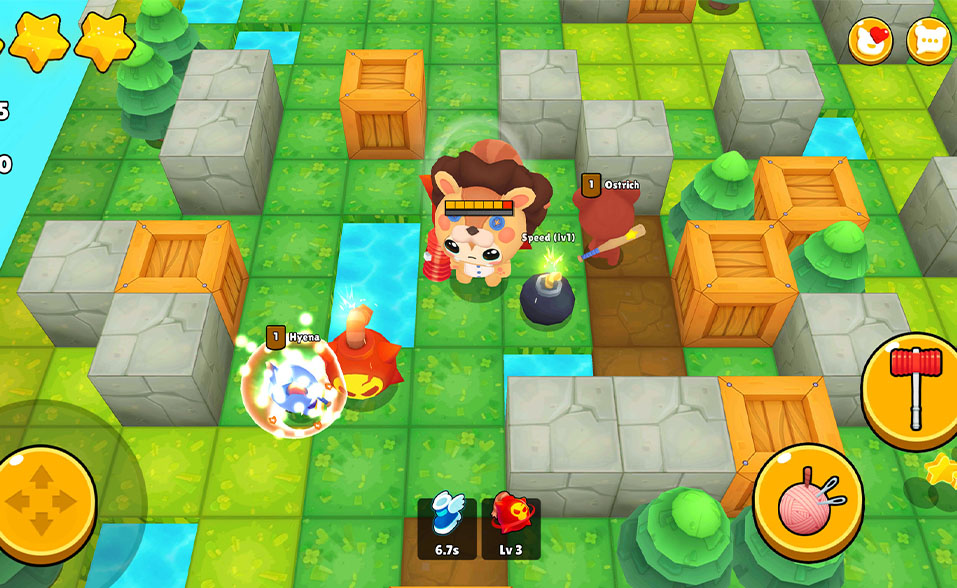 “The capital we are raising will allow us to accelerate the development of our company in many different ways, but mainly to allocate resources for continued product development and expansion,” said the founder and CEO of Gigantic Duck Games Jimmy Nyström. “In addition, we bring in a broad group of competent and experienced people in running start-ups to the company and its board.”

Bombergrounds: Battle Royale is a free-to-play multiplayer action game that was released last year in early access for PC and mobile devices. The title was downloaded by 700,000 users in the first few months.

“We were humbled by the success of our game and quickly realized the potential of the product. It was also then that we realized that we needed to raise capital to do the game justice,” says Alexander Martinovic, VP and co-founder of Gigantic Duck Games.

Magnus Trast, CEO of Chiffonjén, said they decided to invest in Gigantic Duck because it wanted to enter into an entirely new business sector.

Trast commented, “I am convinced that together with the founders, we can achieve something really good. A new industry for us, and we usually invest in a later phase. But the early access launch has generated revenue and shown growth potential beyond expectations. Within our network, we have experience and can add expertise for the company’s future growth.”

As part of the deal, Petter Jacobs, one of Chiffonjén’s co-owners, is set to take a seat on Gigantic Duck Games’ board of directors.