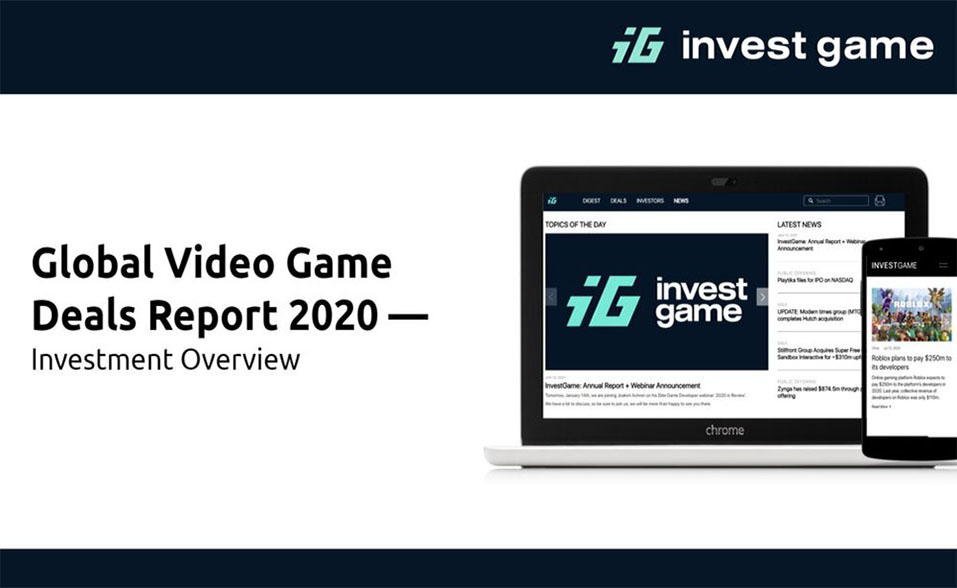 If you include the announced yet unclosed deals such as the acquisition of Bethesda’s parent company Zenimax by Microsoft for $7.5 billion, then the total value will stand to $22.2 billion. There were 219 mergers and acquisitions deals last year, including key players like Tencent, Embracer, Stillfront, and Zynga. The second-biggest acquisition deal belongs to Zynga, who bought Peak Games for $1.8 billion. Taking third place is Tencent which acquired Leyou for $1.3 billion, and Electronic Arts (EA) agreeing to buy Codemasters for $1.2 billion.

This makes 2020 the biggest year for M&A deals in the game industry since 2016, said the co-founder of Invest Game, Sergei Evodkimov.

These numbers show that even though the pandemic is hurting many industries, the gaming industry remained quite unaffected. The reason is pretty simple-people turned to digital entertainment to escape from the horrible reality while being locked in their homes and forced to socialize at a distance.

In the report, Invest Game also highlighted that the United States took the lead when it came to investing in the game industry last year, accounting to 36% of the total deal value, while China took second place at 27%.

Meanwhile, corporate and venture capital investments in the games industry also witnessed an upwards trend, with total deals valuing at $5.9 billion across 363 transactions. In terms of initial public offerings, there were 18 IPOs in 2020, valued at a total of $2.8 billion, though there were hardly any major IPOs during the first quarter of 2020 due to the pandemic. However, the pandemic did create a favorable market, or at least at the end of the year.

Surprisingly, the total value of IPOs reached $15.1 billion by the end of the year, mostly driven by the robust interest in games following future lockdown, extended work-from-homes initiatives, and social distancing measures.