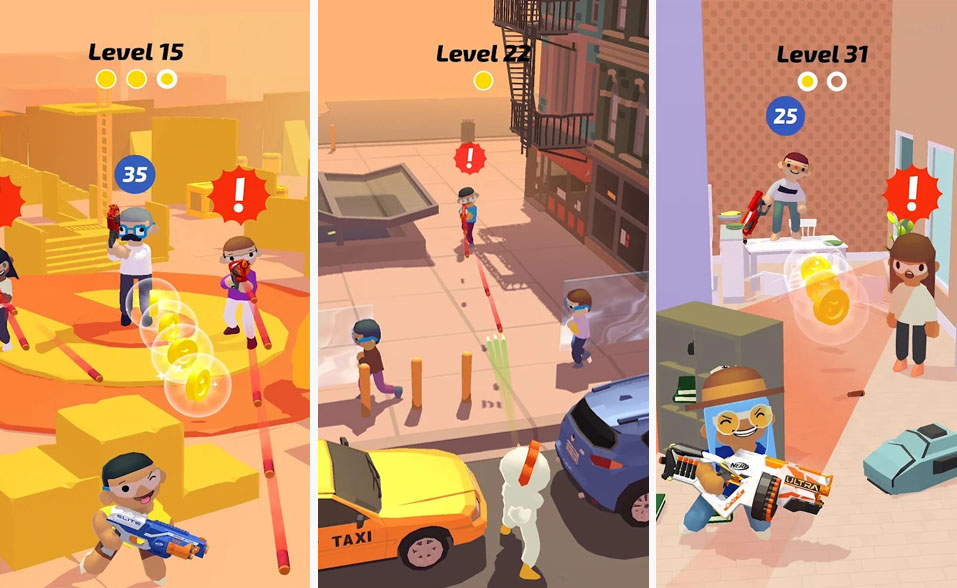 Paris-based hypercasual game publisher and developer Homa Games has raised $50 million in a Series A funding round.

Founded in 2018 by Daniel Nathan and Olivier Le Bas, this is Homa Games’ second fundraising round this year.  The French gaming startup raised $15 million in a seed round in February.

“There is a lot of competition in gaming in general but this industry is not a ‘winner takes all,'” said Daniel Nathan in an email. “We don’t focus on hypercasual as such, we focus on building a tech platform on top of game engines to master market intelligence, feature A/B testing without code and massive distribution. We have launched hypercasual games but also domino and minesweepers. We are creating a new generation of tech for game creators so they have intelligence on top of the game engines.”

The investment was aimed to expand Homa’s portfolio and create user acquisition and monetization technology.   With the latest round, the company has $65 million in its coffers.

Daniel Nathan, Homa Games CEO, said he had no plans to raise additional funds but eventually had no choice because of the relentless requests from venture capitalists.

Homa Games specializes in hypercasual titles but now also develops casual and board games. Its most notable hits include Tower Color, Nerf: Epic Pranks, and Sky Roller. The studio is now planning to venture into the ‘arcade idle’ subgenre, a hybrid of idle and hypercasual games. Furthermore, Homa also released an SDK to enable developers to monetize their projects. The developer already has over 40 games and apps in its portfolio.

“Their platform gives any game entrepreneur or independent studio super powers by allowing them to tap into publishing, analytics and marketing tools to compete on an even footing with the giant game studios across the world,” said Pär-Jörgen Pärson, Partner at Northzone. “Daniel and Oliver don’t just bring a vision but more importantly, a killer execution that is helping them define and build an entirely new category within gaming.”

Nathan believes the money and the experience of his backers will help the company pursue future acquisitions of game studios and hire talent that will make it a leading player in the game industry.  The company has, so far, opened five offices in four countries and employed over 100 people in the last 18 months.

Homa Games plans to hire an additional 100 people in the next 12 months, make acquisitions, and establish partnerships with major brands like Hasbro.

Homa Games expects to release 20 games before the end of the year spread across the board, casual, and hypercasual genres.