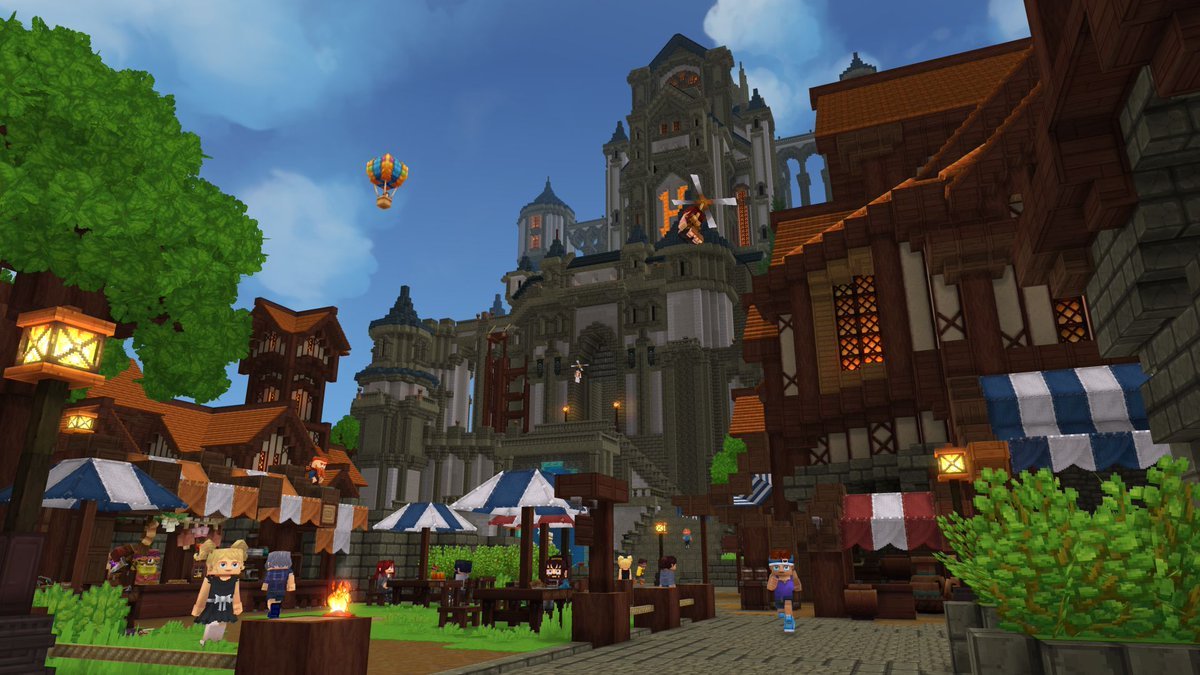 Riot Games has bought Hypixel Studios, a maker of an upcoming game that resembles the popular titles Minecraft and Roblox.

Hypixel’s Hytale is going to be a user-generated content (UGC) game — a community-powered sandbox world with a blocky 8-bit art style.

The game originated from the creators of Hypixel, the world’s largest mod server. Riot Games has known the company for a while, as it provided initial funding for it. The team behind the Hypixel server network, the world’s largest independent game server, announced the game back in 2018. The game has already had 2.5 million sign-ups, and it will be available by 2021.

Hypixel Studios has created to pursue the team’s goal of transitioning from a community mod team into a game development house.

Development of Hytale began in 2015 and was initially supported by the success of the Hypixel mod server. Besides Riot Games, advisers and investors included:

Dennis Fong, entrepreneur and pro gamer “Thresh” (he invested personally, not as CEO of Plays.tv).
Rob Pardo, veteran game designer at Bonfire Studios and former designer of World of Warcraft.
Peter Levin, interactive media entrepreneur and investor. (He invested personally, not in his role as a former executive at Lionsgate or his new firm Griffin Gaming Partners).
Jeff Lo, serial investor.
Min Kim, game industry veteran and cofounder of Bonfire Studios.
For Levin and Griffin Gaming Partners cofounder Phil Sanderson, it’s been a good month with two exits. Levin was an early investor in Hypixel, while Sanderson was the first investor in Phoenix Labs, which was acquired by Garena.

As planned in 2018, the game featured an open-world adventure mode featuring combat, crafting, and construction for both solo players and groups. It also had a wide variety of online minigames, and players can make and share those they make. And it had an accessible suite of tools for block-based construction, in-game scripting, and movie-making, and the Hytale Model Maker — a browser-based modeling and animation toolkit.

The Hypixel server was established in April 2013 by Simon Collins-Laflamme and Philippe Touchette. It is the holder of four Guinness World Records including “most popular independent server for a video game” (with 64,533 concurrent players) and “most unique players logged into a Minecraft server” (with 14.1 million players).

Aaron “Noxy” Donaghey, the newly appointed CEO of Hypixel Studios, said in a statement that the company has been blown away by the enthusiastic response of players, and Riot is the right partner to help them deliver a game that lives up to expectations. As development kicks into high gear, Hypixel will benefit from Riot’s resources, Donaghey said. The company is based in Derry/Londonerry, Northern Ireland, and it has 20 open positions.

Dylan Jadeja, president of Riot Games, said in a statement that Riot has known the Hypixel team for several years and has recognized their passion. He said he looks forward to supporting Hypixel Studios’ journey through the development process, helping them grow, and learning from them as well.