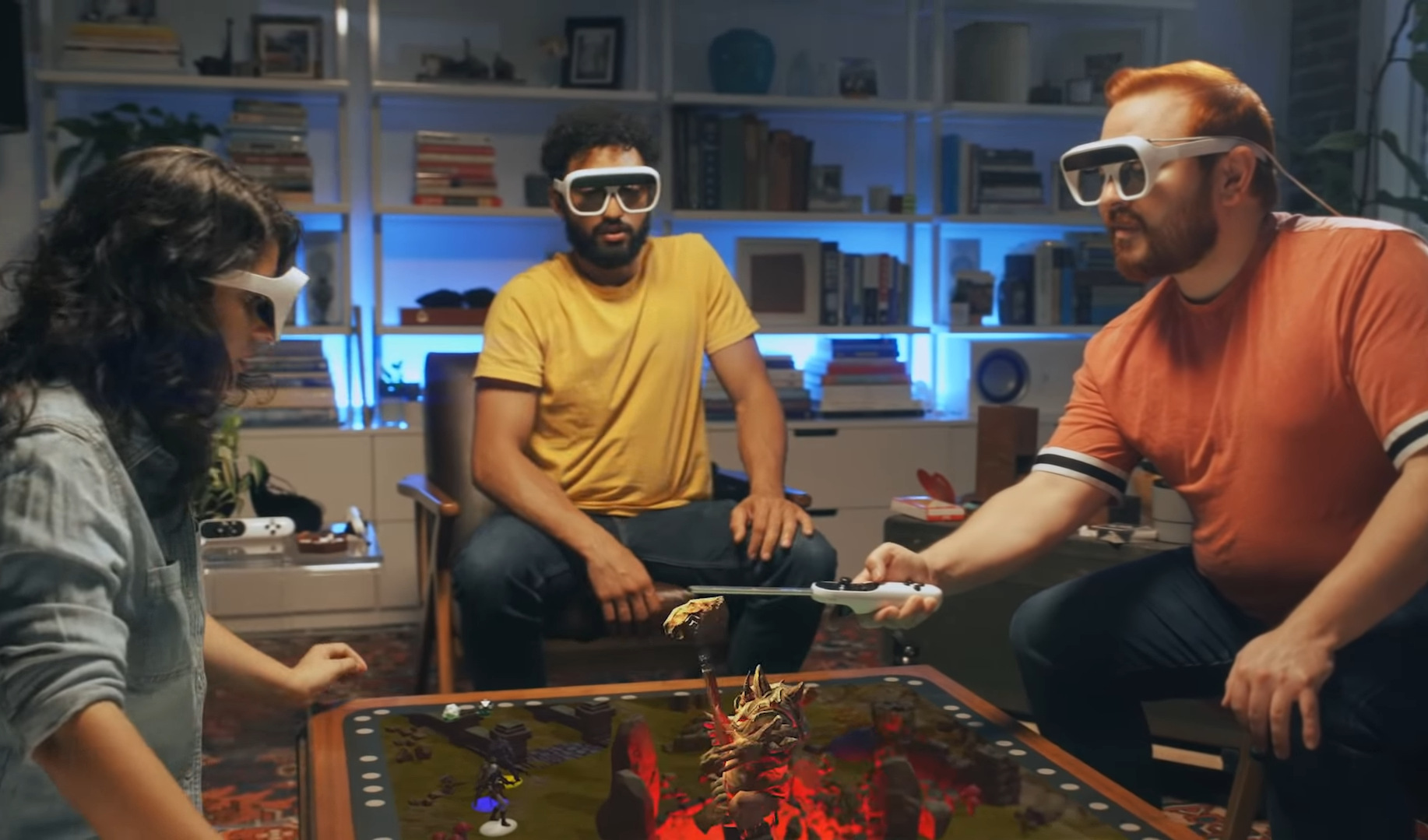 The company will use the funding to hire additional employees, build partnerships, and expand available content.

SIP Global Partners invested in Tilt Five because we believe that, with its revolutionary approach to AR and deeply collaborative experiences, Tilt Five is poised to be the first globally successful consumer AR game system. We’ve been closely following Tilt Five’s CEO Jeri Ellsworth’s career and believe she and her team have the technical acumen and depth of experience to make Tilt Five an incredible success.

Tilt Five, an entertainment system provider that uses proprietary augmented reality (AR) glasses, a game board, and a wand controller to engage players in tabletop and video games in 3D holographic environments, has announced that it secured $7.5 million in Series A funding. SIP Global Partners led the round with participation from top-tier investors BITKRAFT Ventures, Galaxy Interactive, Logitech, and games industry innovator Ken Birdwell. SIP Global Partners’ Jeffrey Smith will join Tilt Five’s board of directors. This round following a $1.7 million Kickstarter campaign in October 2019 – the largest AR crowdfunding campaign ever.

Tilt Five was founded on the idea that we can bring family and friends together to play in the real world, enhanced with the magical capabilities of immersive 3D technology. While the tech giants invest billions in far-off solutions, this investment expands our ability to deliver on a proven set of technologies resulting in an affordable, social and wearable device.

By using the proprietary AR glasses, a game board, and a wand controller, Tilt Five engages players in tabletop and video games in shared 3D holographic environments. Players will be able to enter dynamic worlds, as popular games spring to life allowing them to explore, battle, and solve puzzles with friends both locally and remotely on their tables. Games of all genres work with Tilt Five™, including simulation, RPG adventures, puzzle, esports, arcade, strategy games, classic tabletop, action video, and party games. Content from third-party developers will include games from Tabletopia, HappyGiant, Niffler, PlayStack, Beatshapers, Playito, Monocle Society, Deck13, GFX47, and Battle Map Studio.

According to Newzoo, global video game sales are expected to top $159 billion in 2020, growing 9.3% annually and according to Goldman Sachs, the augmented reality headset market is valued at $6.8 billion in 2020, growing at a staggering 250% over the past year. Tilt Five has begun ramping up production and will commence shipping kits to Kickstarter backers and pre-order customers over the coming two quarters. Tilt Five™ XE kits include a pair of AR glasses, a game board and a wand.