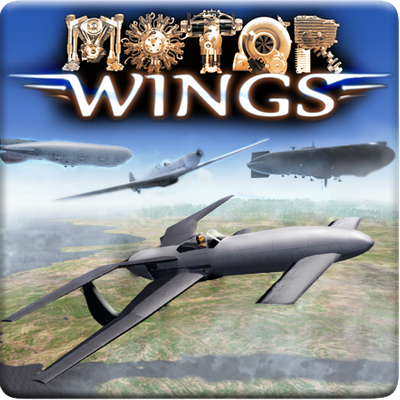 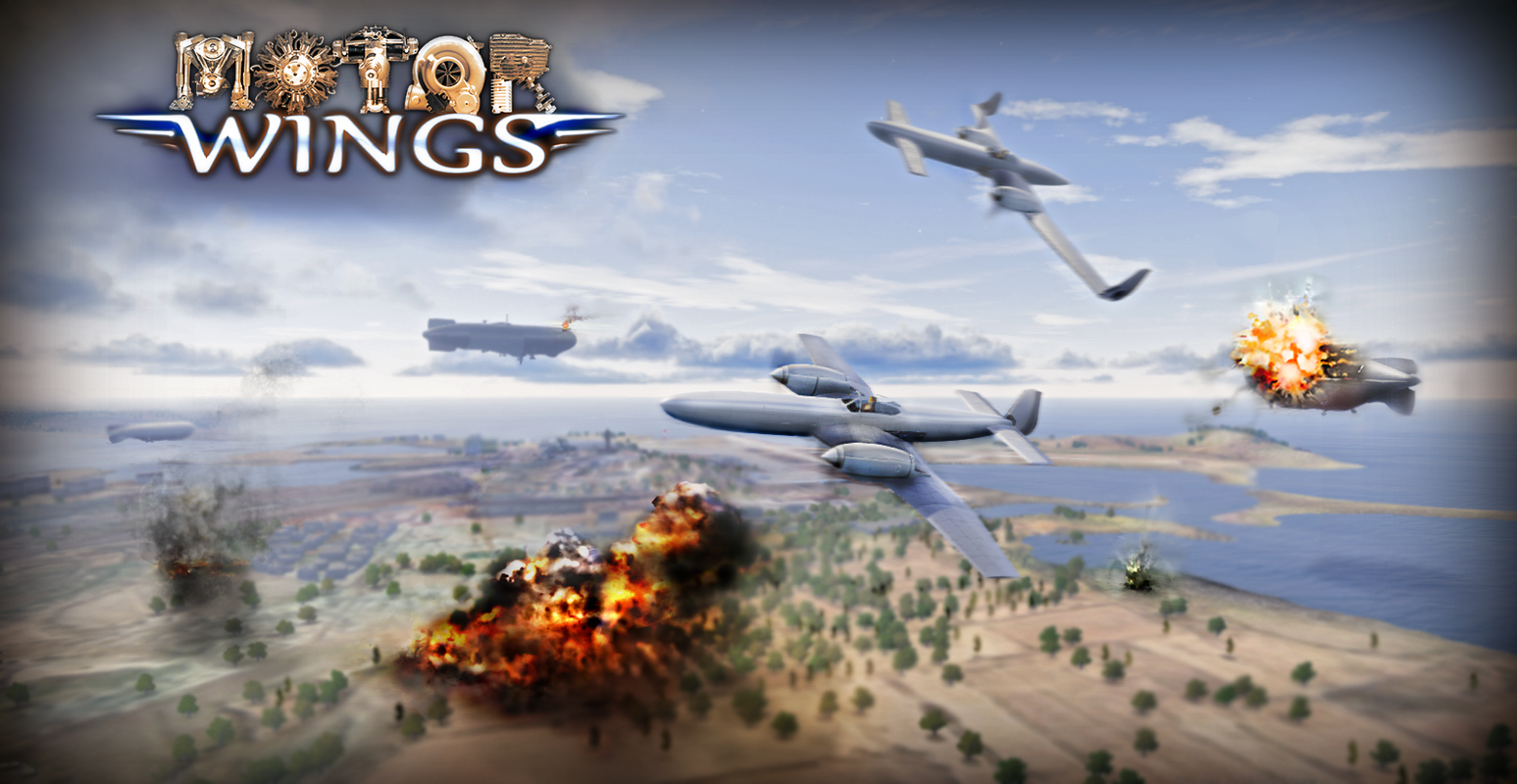 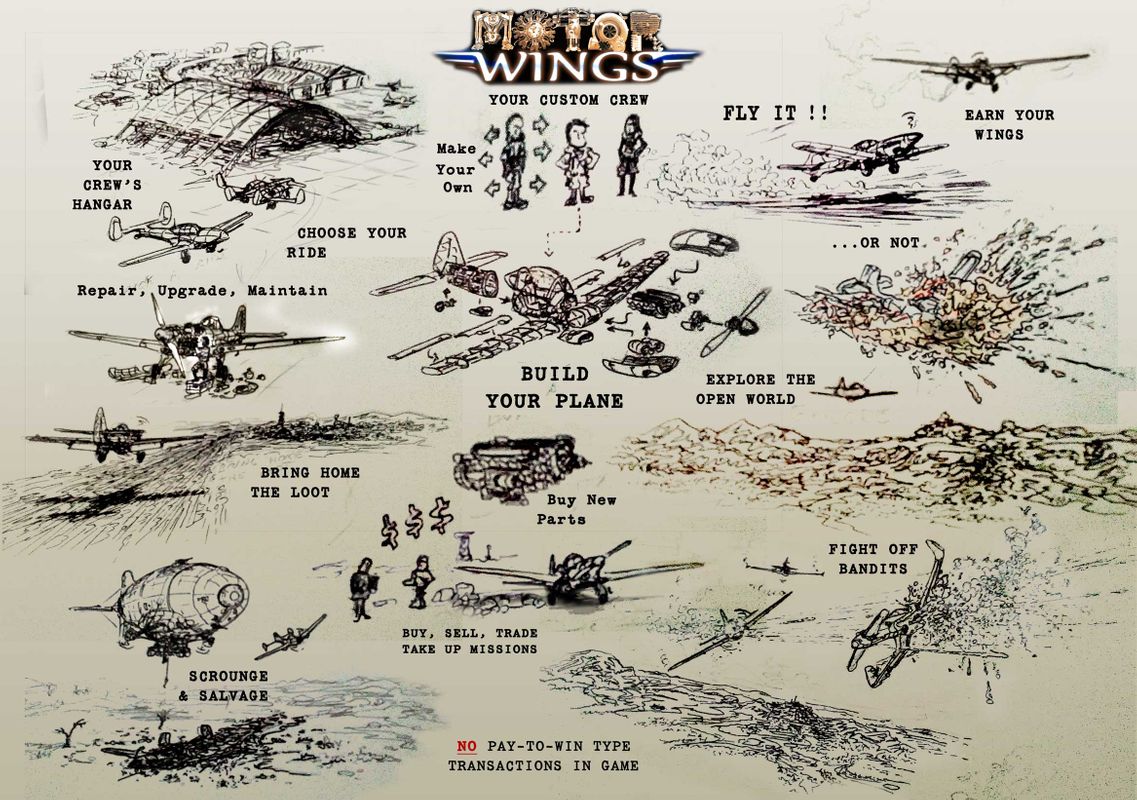 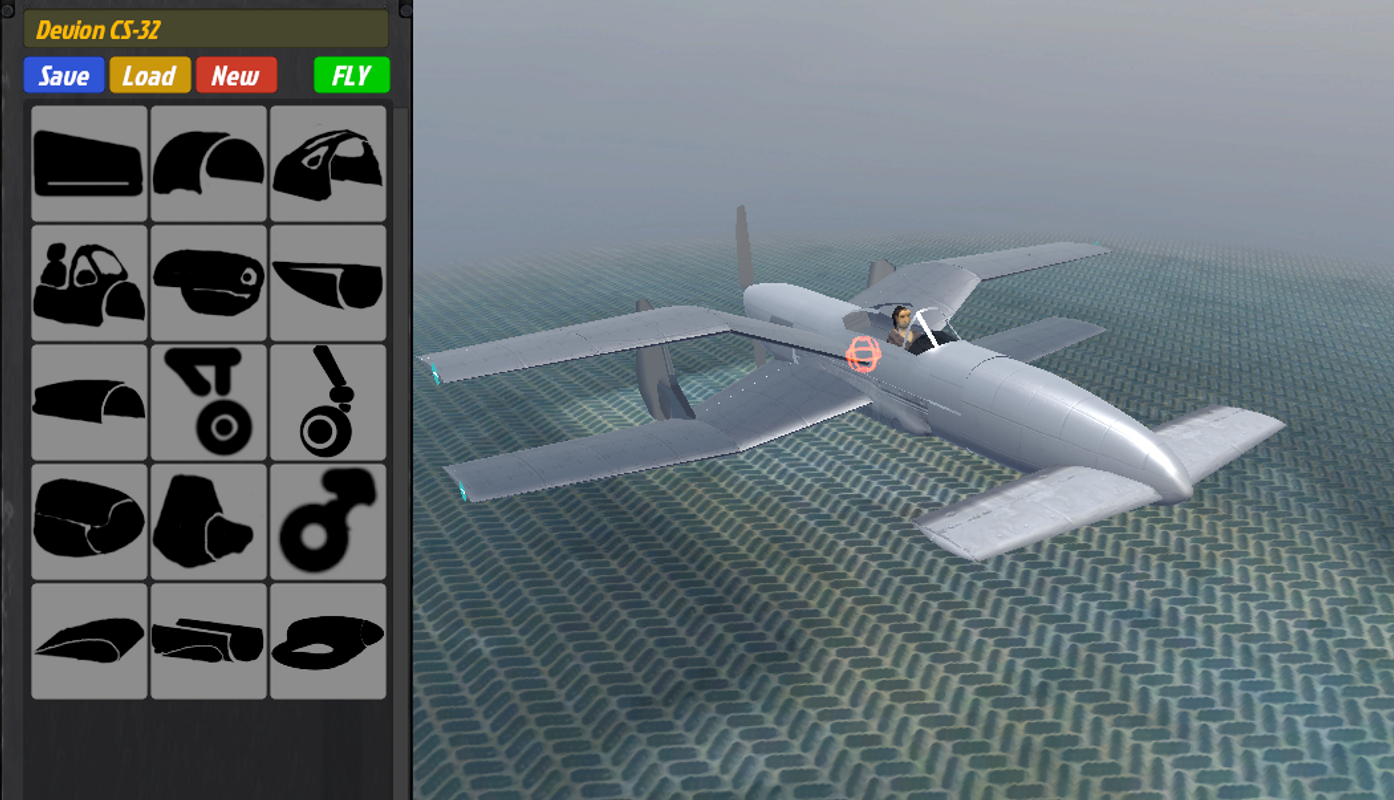 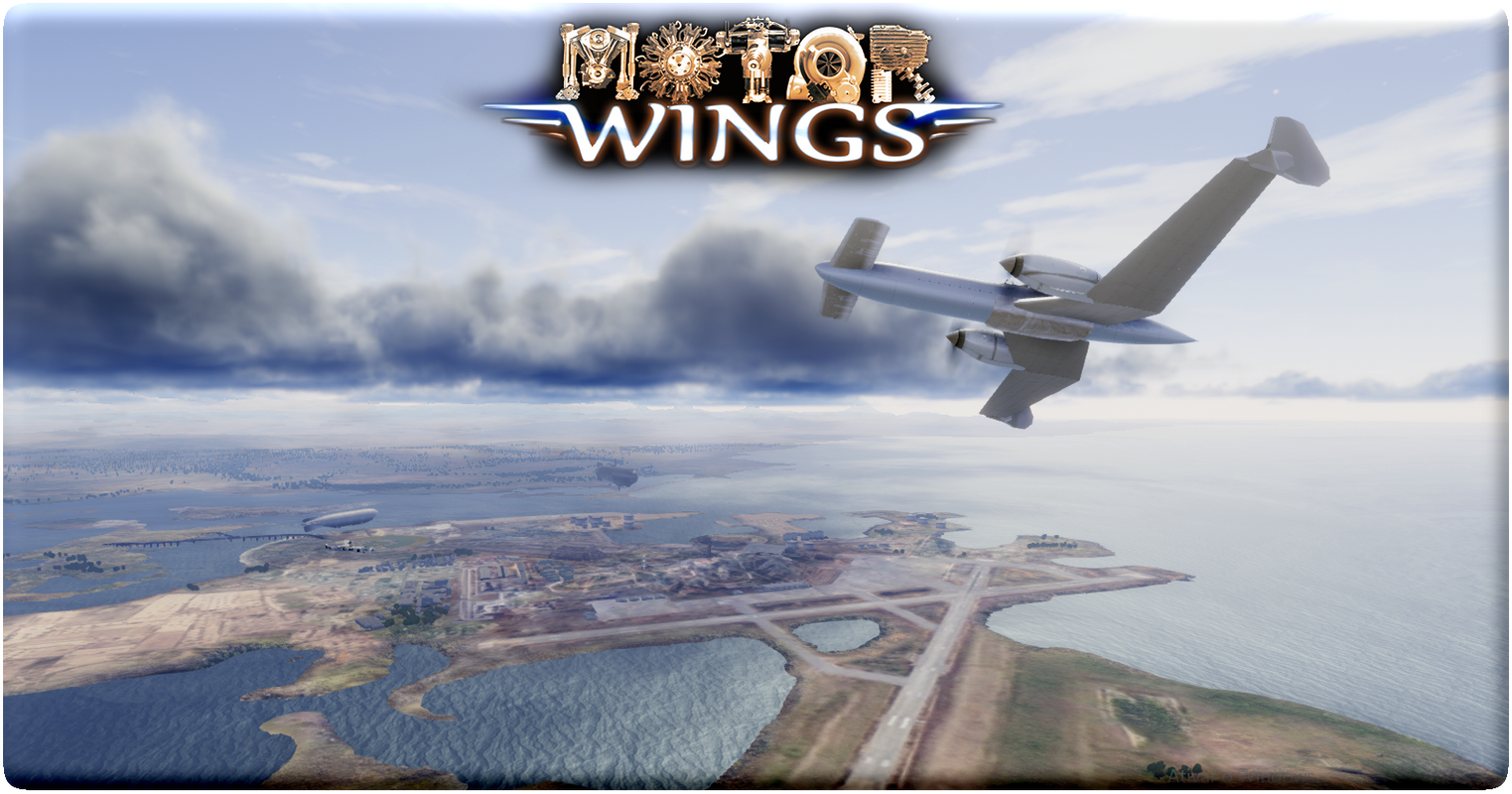 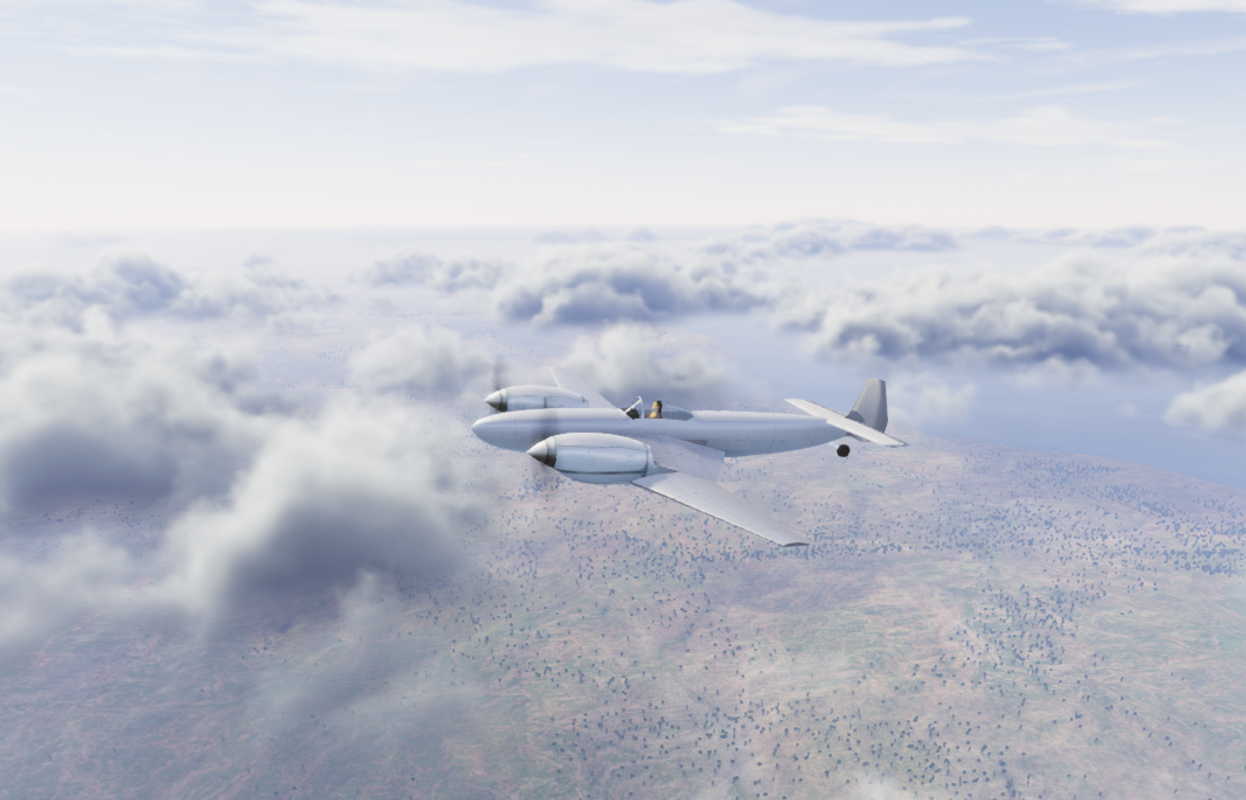 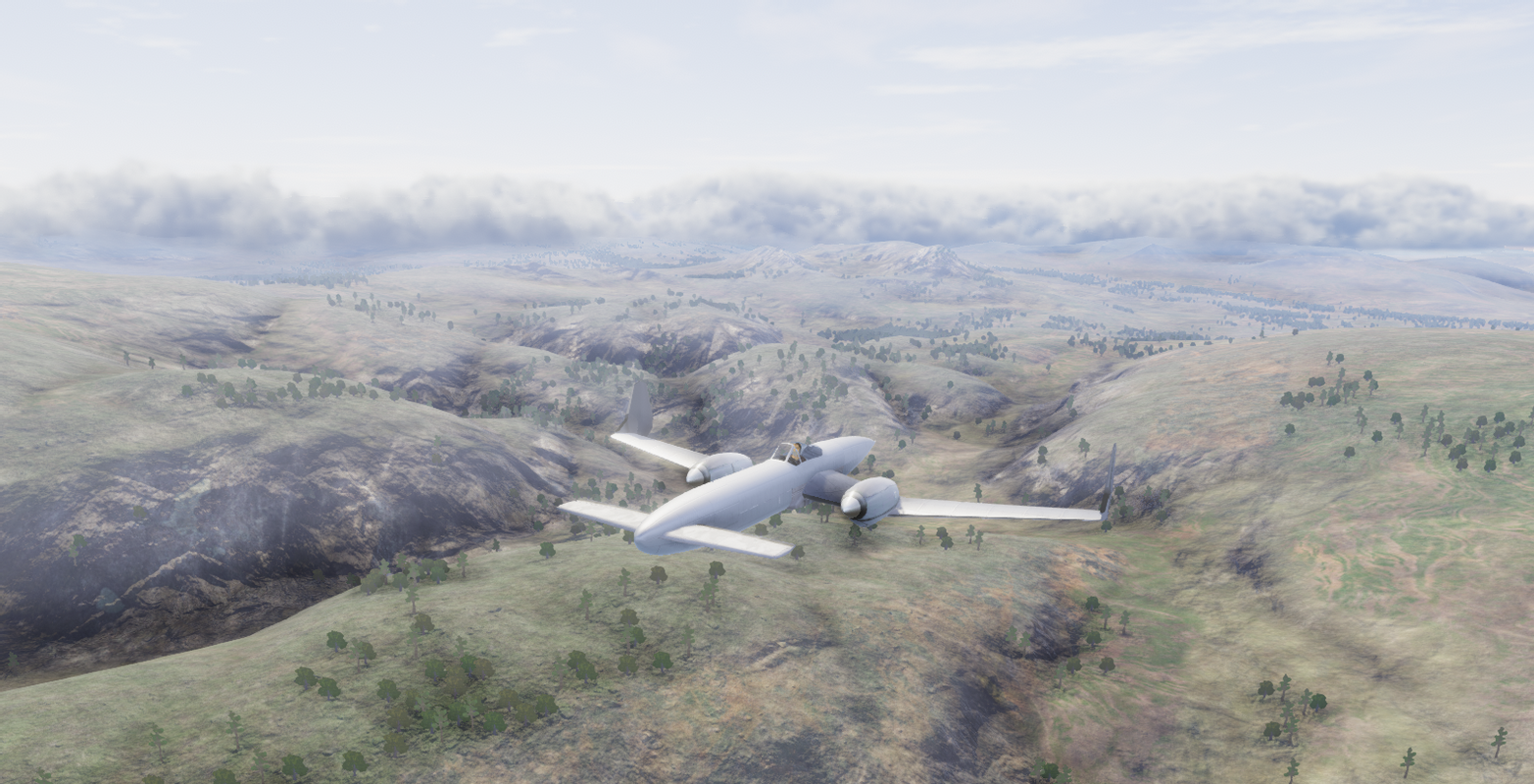 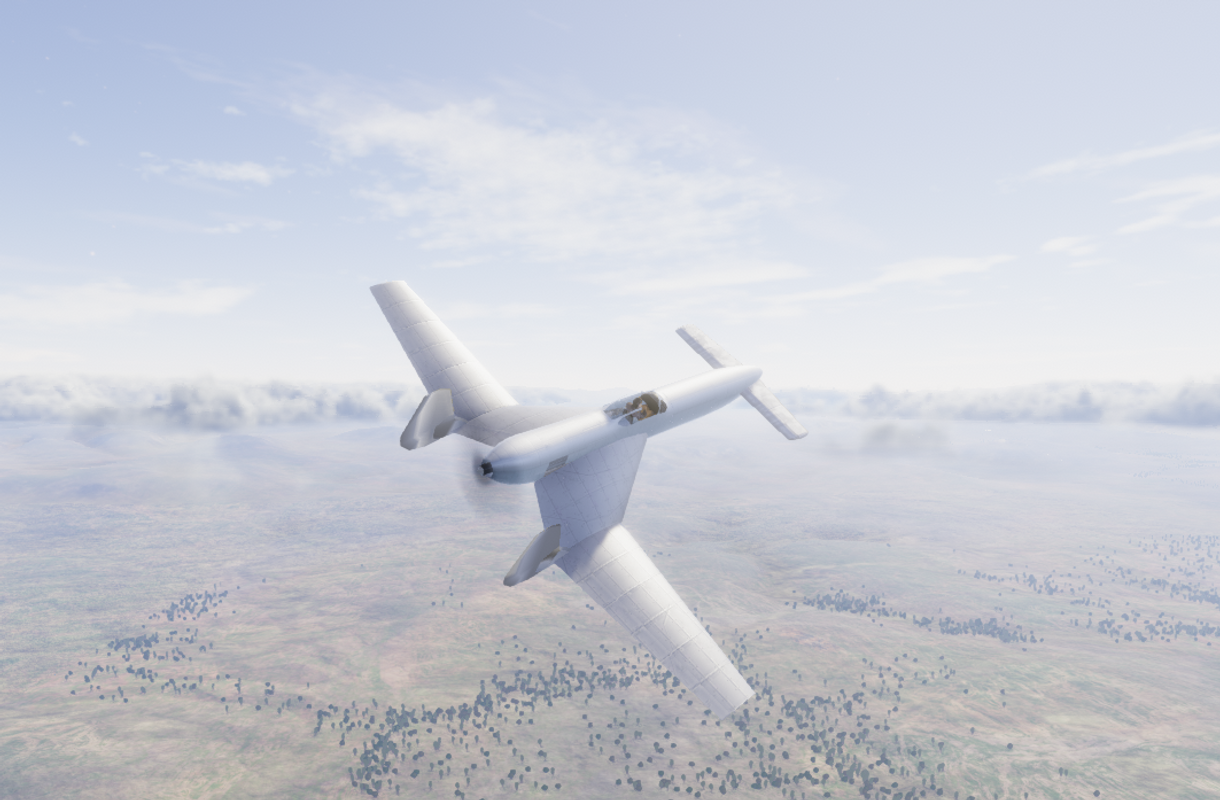 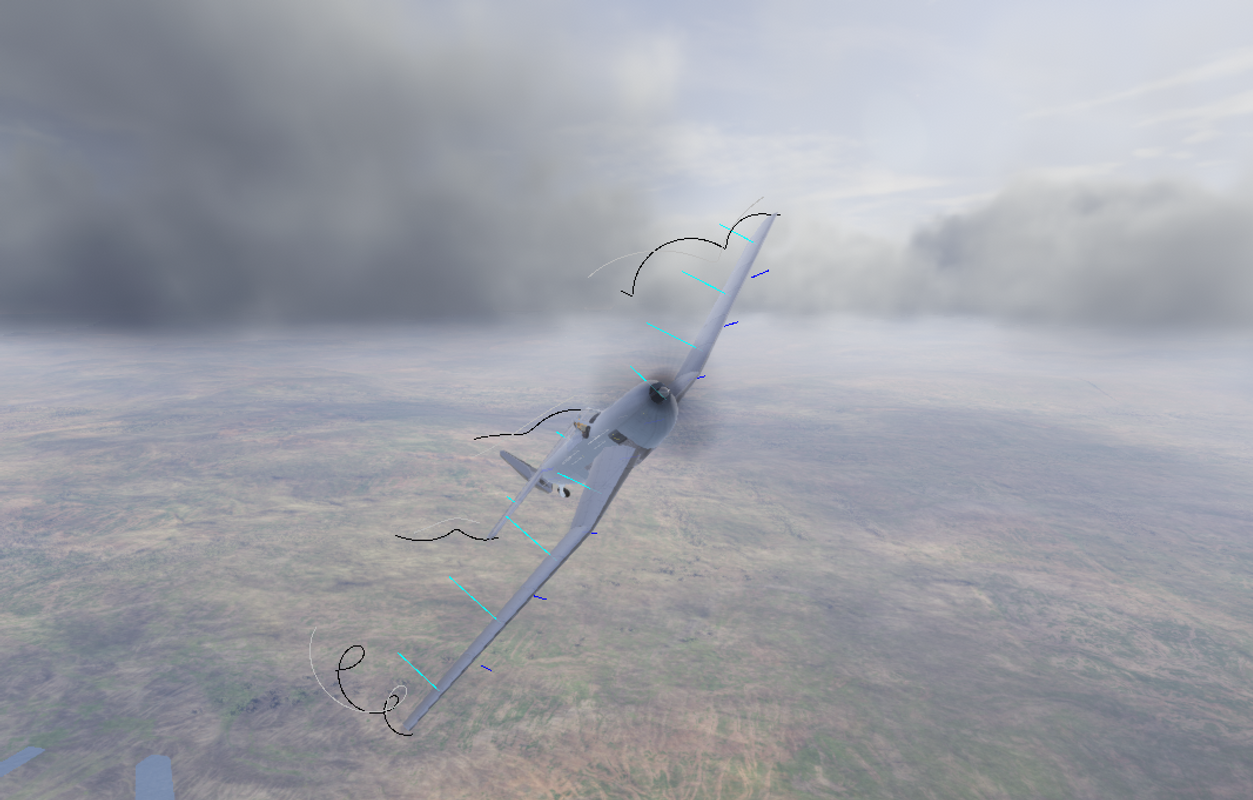 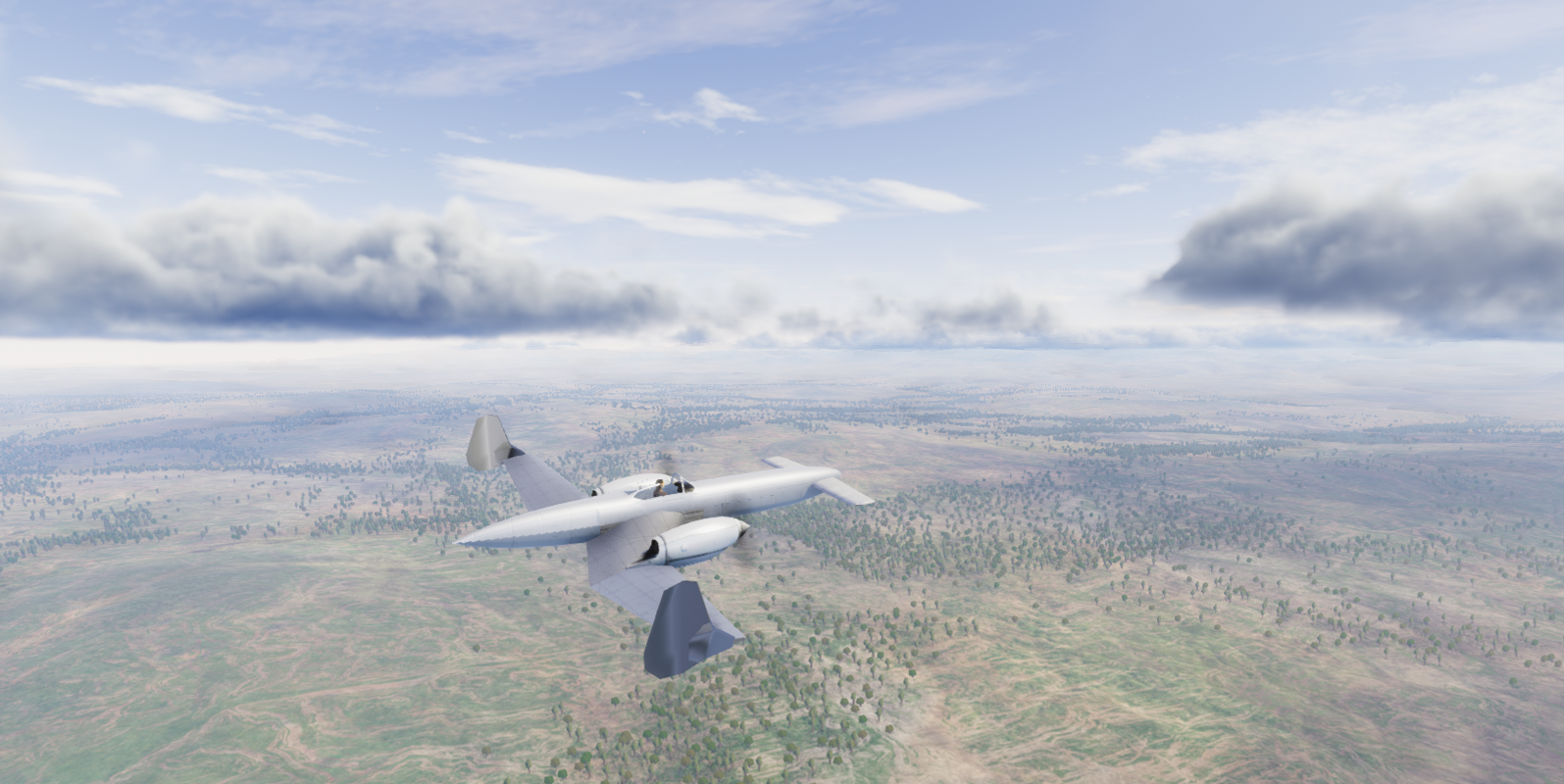 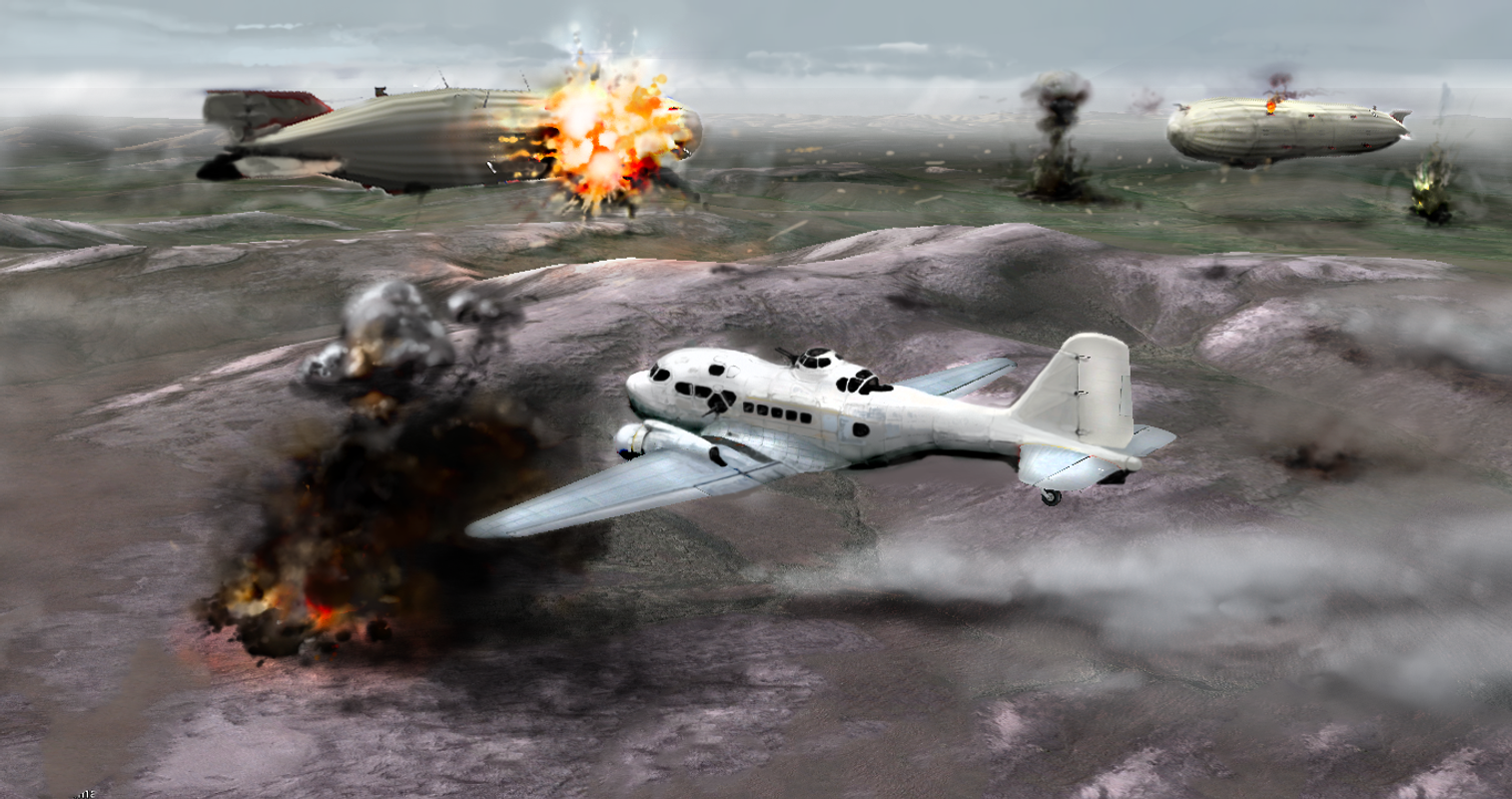 Around it's realistic flight sim foundation, the ultimate point of MotorWings is to have players engaged in a kind of "post-apocalyptic Han Solo career simulator". The game revolves around a crew-centric, open-world career mechanic, whereby each crew comprises a persistent savegame, all with their own fleets, cash, fuel and such resources. There is no rigid plot-line, allowing players to make their own stories indefinitely, with their own custom characters, airfleets and crews.

All crews exist (and can bump into each other) in a shared open world, whereupon various destinations are interspersed across a massive-scale dynamically detailed terrain. (1000km² mapped, Procedurally infinite beyond)

In such a world, one can expect to encounter things such as Bandits, Air Pirates, Raider bands flying from hidden bases and/or huge squadron-toting airships; Pitched battles, where city-states dispute their own diverse notion of where their borders lie; Occasional loot to scrounge from salvaged wrecks, crash sites and junk. Junk everywhere. All the wide assortment of events that one might expect in a Mad Max + Crimson Skies setting. All such events are dynamically generated, providing for unconstrained maximum replayability.

It's a wild frontier land out there, and the airplane is the new horse.

This is where you and your motley crew come in. Each career starts with one intrepid aviator (Of custom appearance, "the sims" like) and enough resources to build/buy his first aircraft. As you freely explore, you'll find that various locations offer more varied/specific parts for your plane. Which will cost you. Luckily all places have their own version of the old "Saloon" (or Mos Eisley Cantina) where opportunity abounds for a pilot looking to make something of himself.

Thus one may pick up missions, earning their keep by flying lawful transport runs, and perhaps not-as-candid mercenary work, or anything in between. There is also always a junkyard or such hardware trader where one may turn what he can scrounge into an extra buck or two. Having a larger crew may help, if for a price. One may find eager adventure-seeking takers out and about, others may take more convincing by buck or plunder before they'll join.

As your career progresses, such new members of your crew can be assigned to fly in gunner positions, or copilots, or tag along in formation as your wingmen.

Which leads to the inevitable feature request of multiplayer. Yes, you should be able to have your friends (or internet randoms) fly with you. Either as their own crews or as part of yours for a stint or two. Or perhaps they'd rather fly against you?

However it goes, making your own airplanes is just where it all starts. Whether it ends in gold and glory or in an unremarkable smoking crater, is up to you.

MotorWings is planned to support VR, head-tracking gear and all the more fancy hardware often used by flight simulation enthusiasts. It is nevertheless, made flexible enough to play with a minimum mouse-and-keyboard configuration even running on fairly modest PC setups.

Moreover, a comprehensive user-addon SDK is currently in the works and when released, will allow players to add all their creativity into the game. New parts, locations, missions, scenarios, gameplay elements of all sorts can be implemented and freely shared across our user community.


Lastly, some elements of game design have been left as deliberately vague propositions.

This was a lesson picked up from observing the growth of KSP from a rather unique vantage point; That is: There are some things in a game such as ours that simply cannot be decided ahead of player input. There's little sense wasting effort on plans that will certainly be changed by user preferences.

Thus, we plan to take user feedback not merely for it's opinion value, but to expect it as an actual part of our plans for game design.