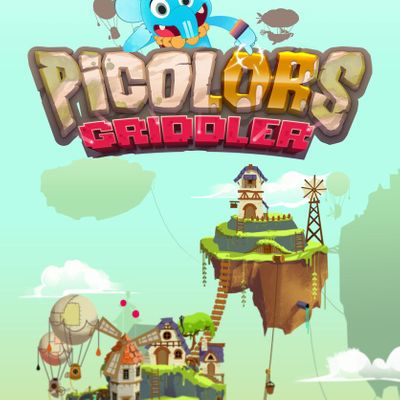 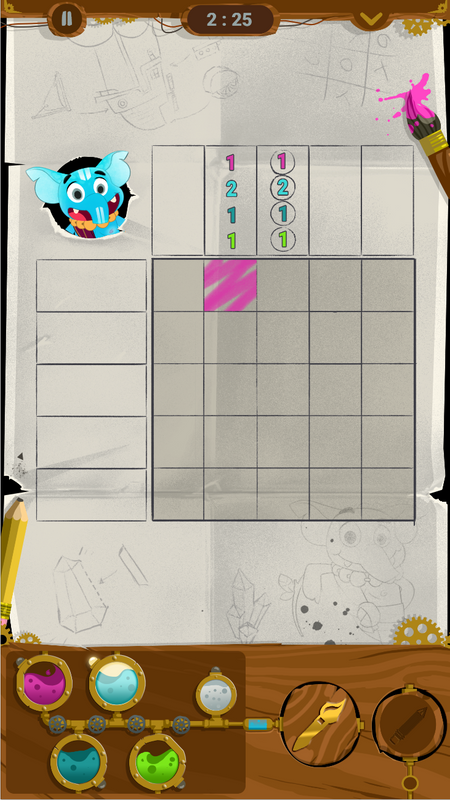 Picolors Griddler is a mobile and tablet picross game. The player follows the adventures of Gan, an elephant apprentice of the priests of the colors. He wants to fight against the curse befalling on his world and bring colour into the lives of the people of the archipelago.
The player will assist Gan in his missions to help the characters solve their problems through Picross grid solving, with the world evolving as the player solves puzzles and unlocks new items.

Picross is a reflexion game where the player must solve a grid to obtain a drawing. Picolors is a game between sudoku and colouring games. The player is assisted by logical hints on the grid’s edges.