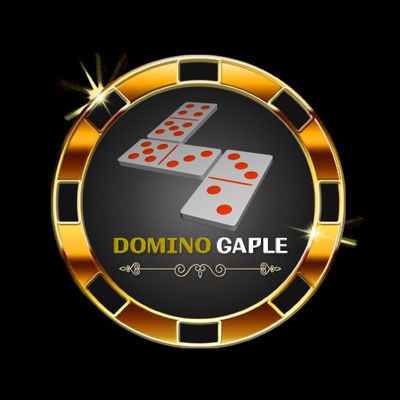 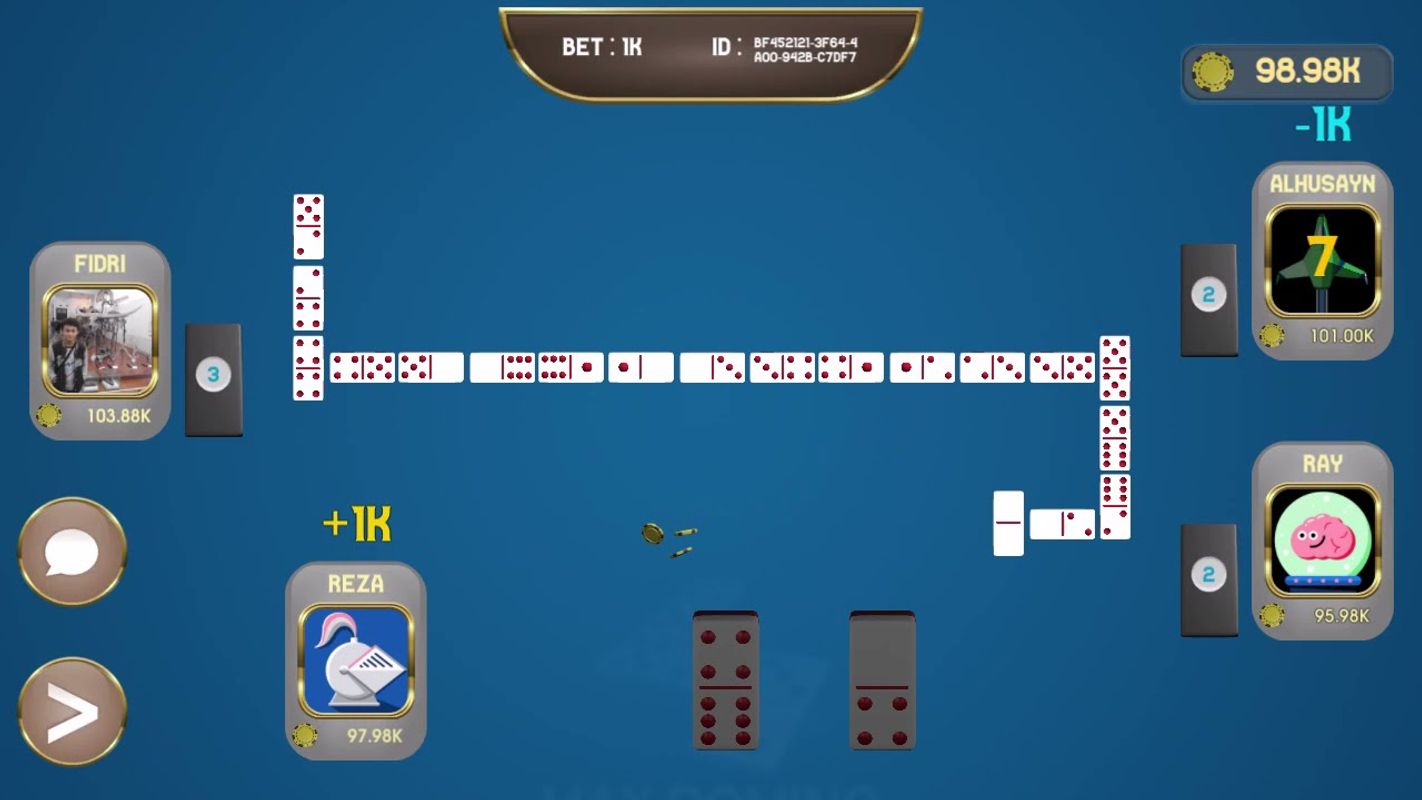 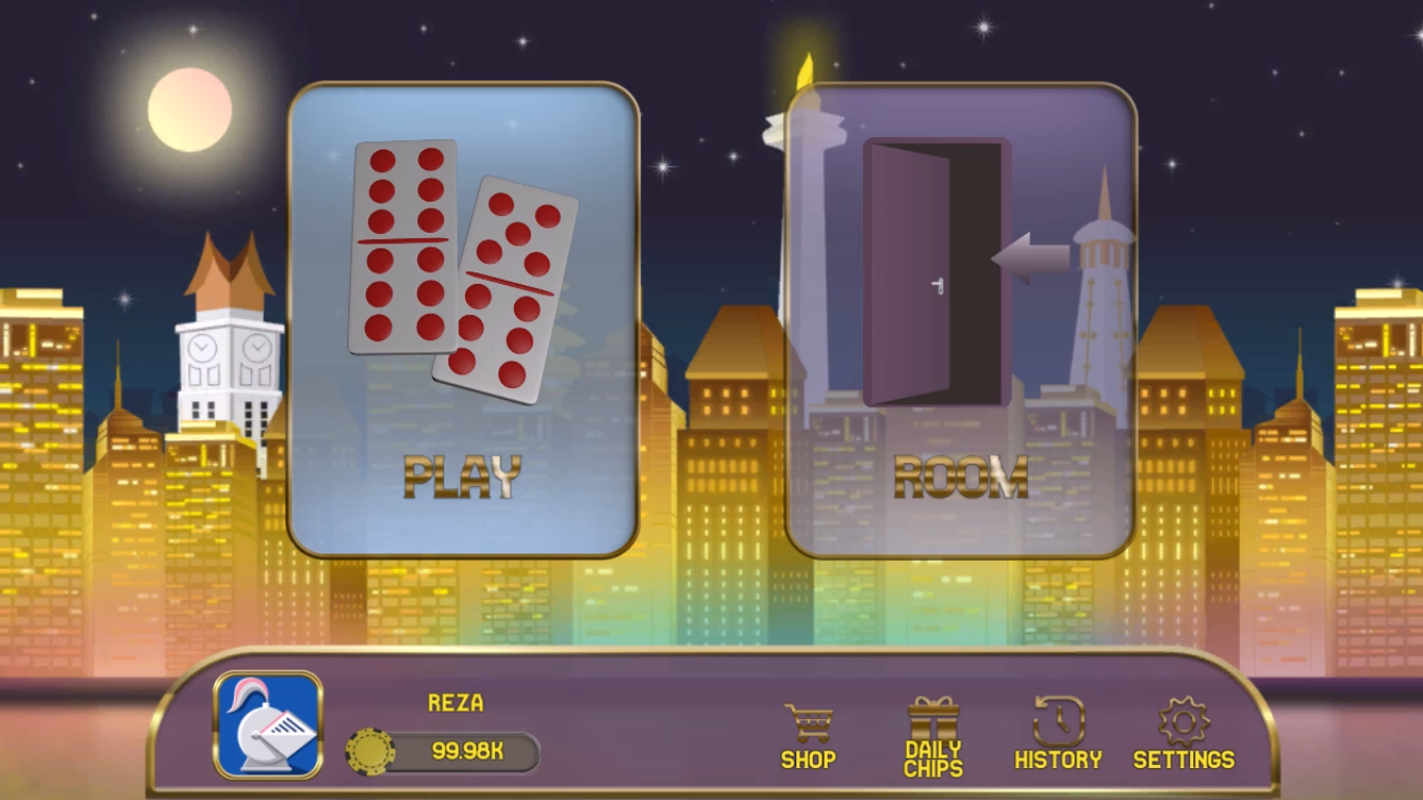 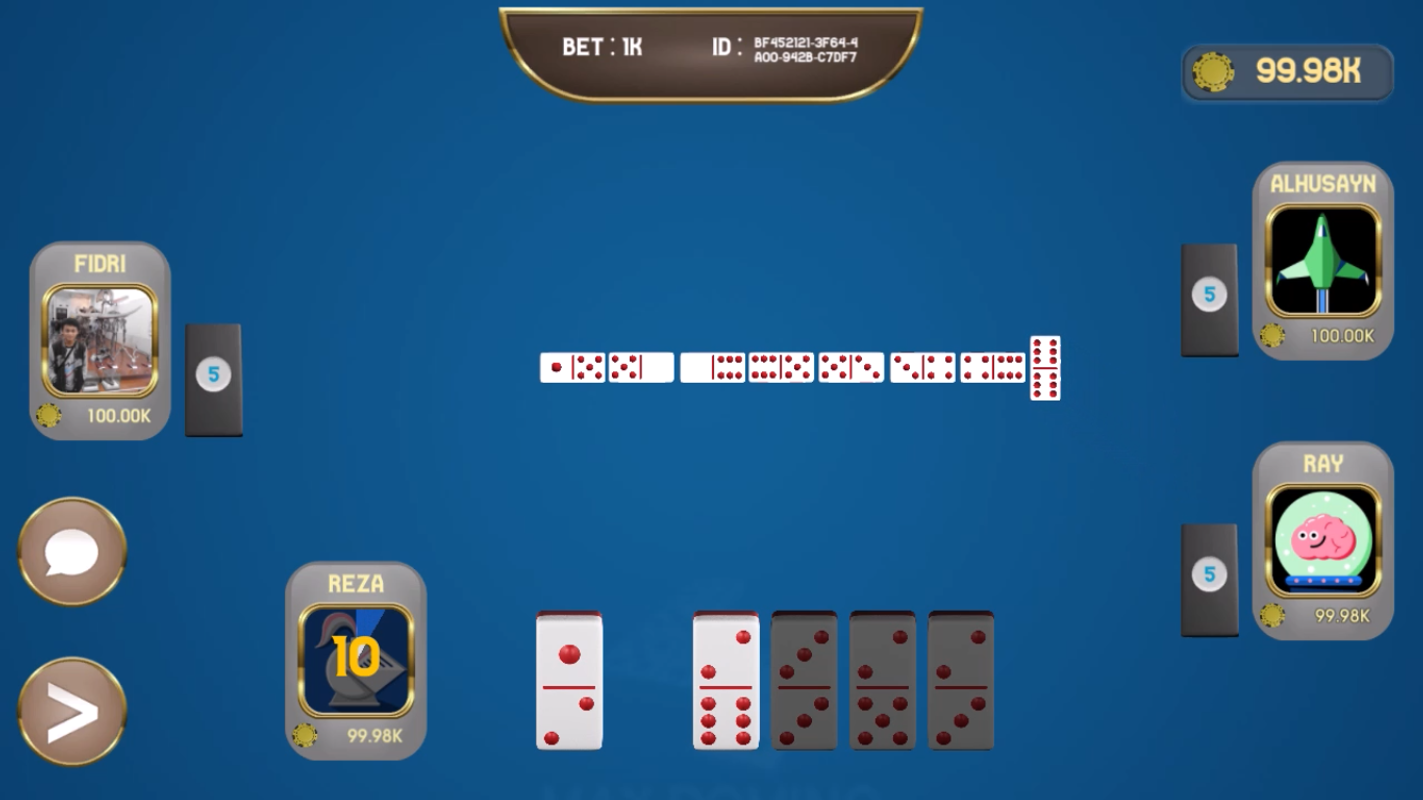 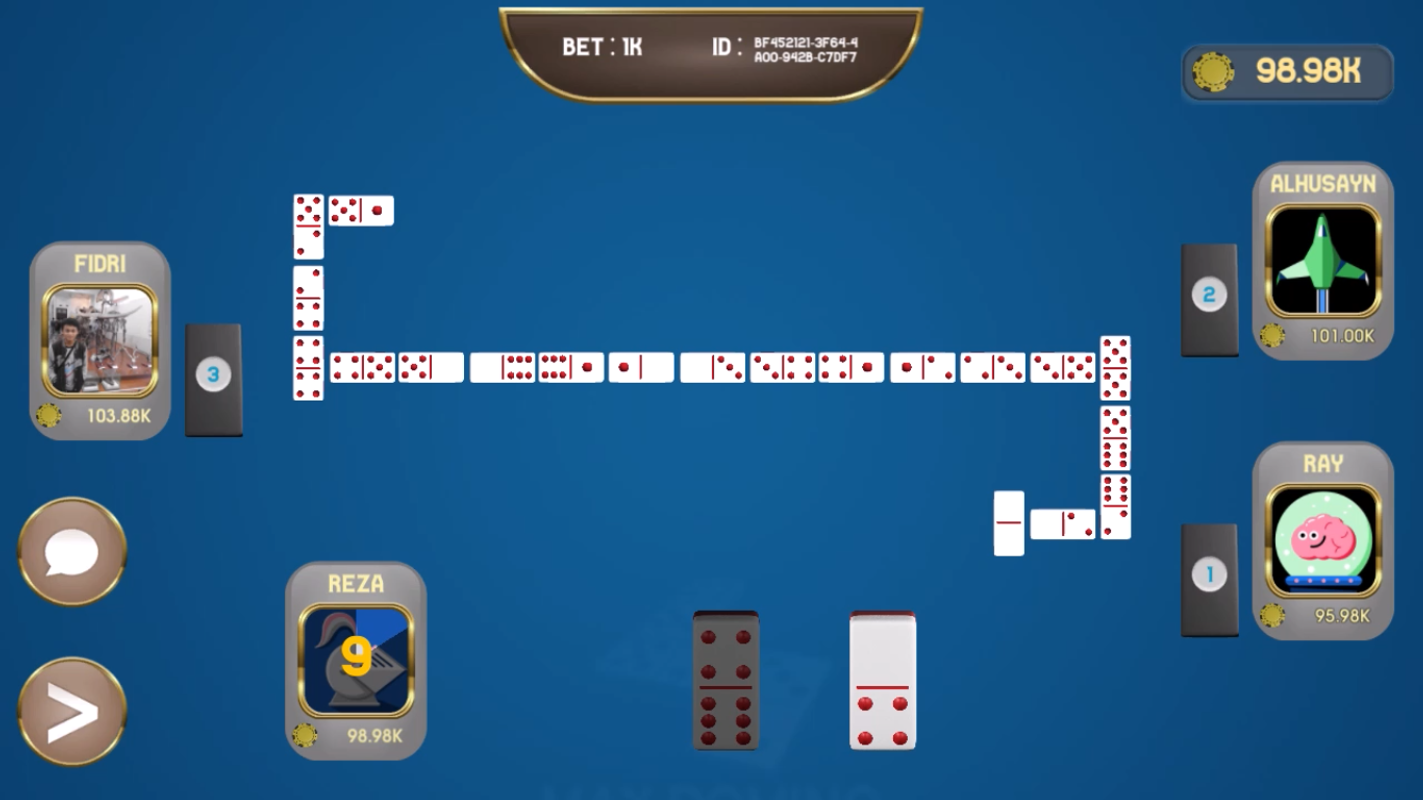 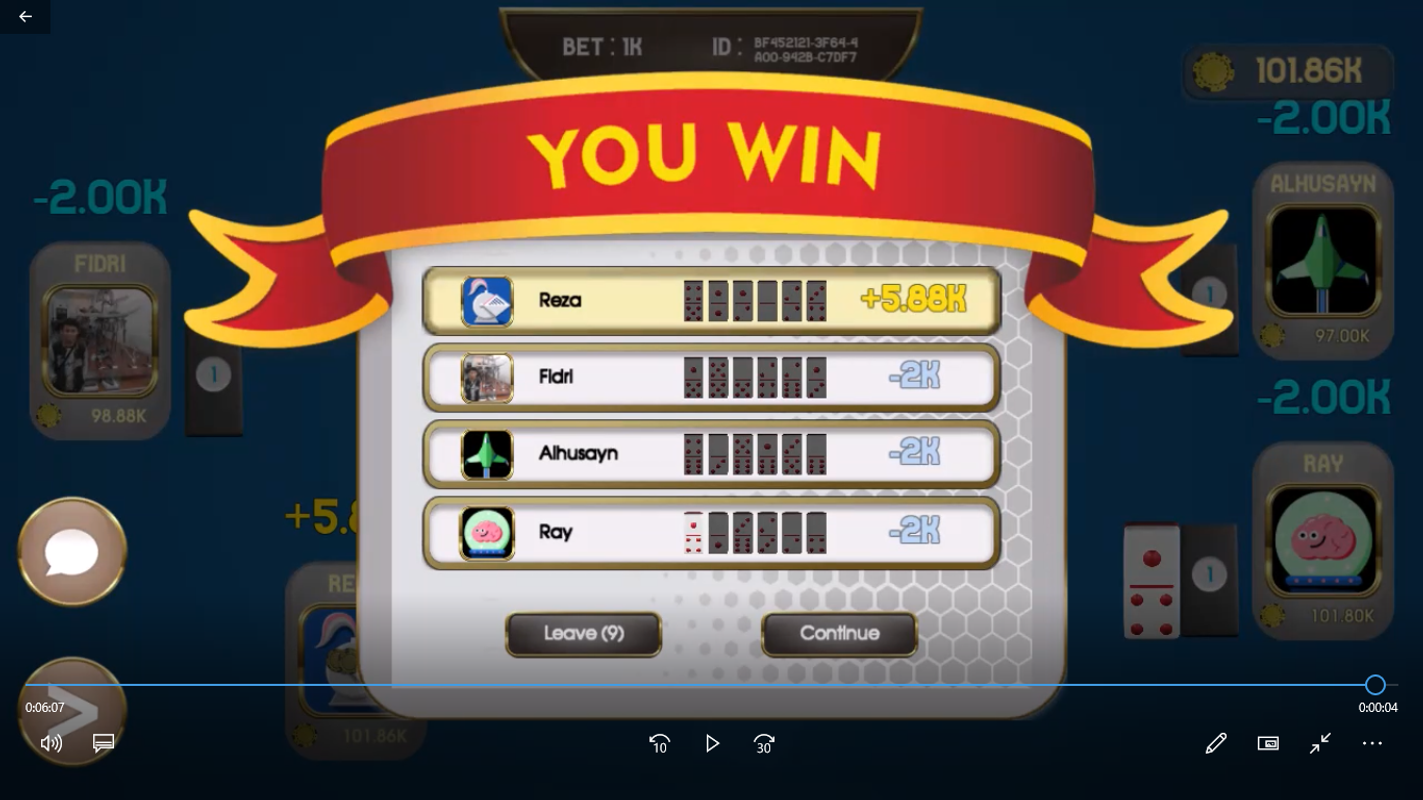 Dominoes is a family of tile-based games played with gaming pieces, commonly known as dominoes. Each domino is a rectangular tile with a line dividing its face into two square ends. Each end is marked with a number of spots (also called pips or dots) or is blank. The backs of the tiles in a set are indistinguishable, either blank or having some common design. The gaming pieces make up a domino set, sometimes called a deck or pack. The traditional European domino set consists of 28 tiles, also known as pieces, bones, rocks, stones, men, cards or just dominoes, featuring all combinations of spot counts between zero and six.

Domino Gaple is the most basic domino variant is for two players and requires a double-six set. The 28 tiles are shuffled face down and form the stock or boneyard. Each player draws seven tiles from the stock. Once the players begin drawing tiles, they are typically placed on-edge in front of the players, so each player can see their own tiles, but none can see the value of other players' tiles. Every player can thus see how many tiles remain in the opponent's hands at all times during gameplay.

One player begins by downing (playing the first tile) one of their tiles. This tile starts the line of play, in which values of adjacent pairs of tile ends must match. The players alternately extend the line of play with one tile at one of its two ends; if a player is unable to place a valid tile, they must continue drawing tiles from the stock until they are able to place a tile. The game ends when one player wins by playing their last tile, or when the game is blocked because neither player can play. If that occurs, whoever caused the block receives all of the remaining player points not counting their own.