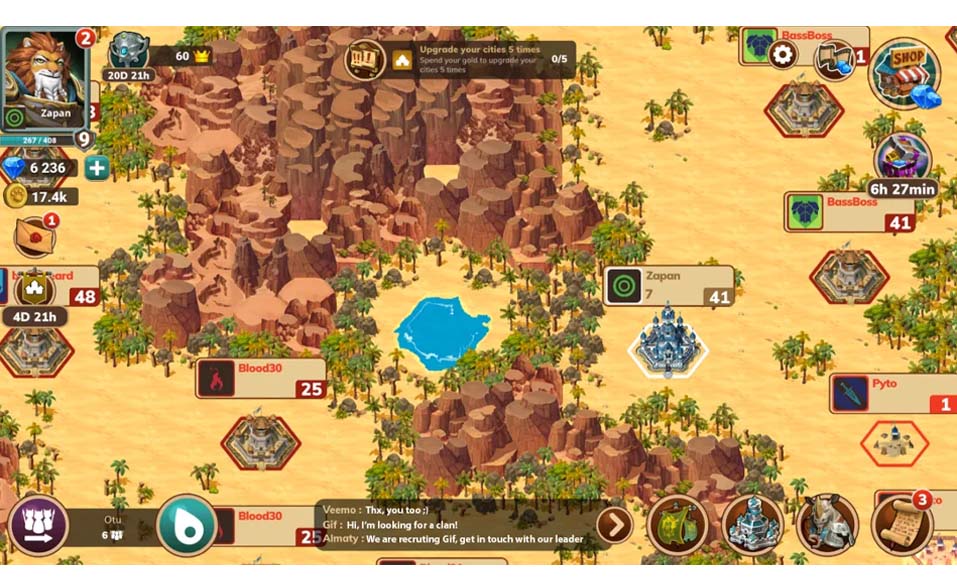 Mobile game studio Million Victories has secured $3 million in a Series A funding round.

The Lyon, France-based developer is well known as the makers of the online multiplayer strategy war game Million Lords, which has garnered over 500,000 downloads. The game’s developers claimed that its players had a high level of engagement, spending on average 90 minutes each day in the game.

“We appreciate Griffin Gaming Partners’ approach and their support during this round,” said Million Victories co-founder and CEO Benoît Ducrest. “It’s uncommon for an American venture capital fund to support a French company in our sector. It’s with great ambition that we start the next phase of our development, in France as well as in the US.”

Million Victories needs the funds to continue expanding, attract new staff, and create more strategy games to add to its portfolio. The funds will also be used to pay for marketing and user acquisition efforts.

Pierre Planche, a partner at Griffin Gaming Partners, commented: “We are thrilled to partner closely with Million Victories; Benoît and the team understand what it takes to make a great mobile game and especially in the 4X strategy category. They have quickly proved industry-leading metrics with Million Lords, and their roadmap ahead will provide additional exciting experiences for their current title and beyond.”