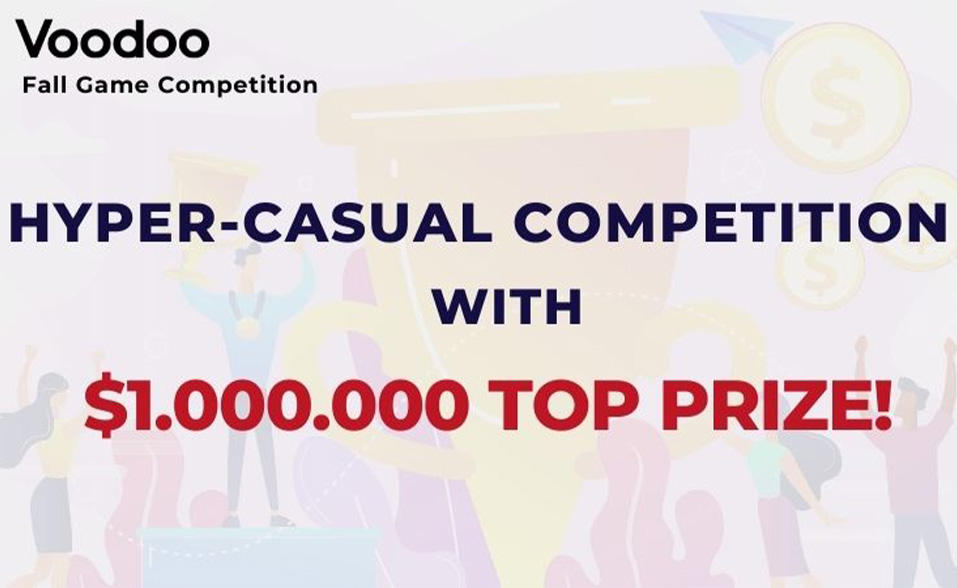 How would you like to be a part of Voodoo’s fall competition and win $1 million in prize money? Now’s your chance!  Voodoo, the world’s top leading mobile games publisher for downloads, is holding its first competition of the season, open for all studios worldwide.

The new competition will kick off on October 10th, and the event is expected to propel studios to develop and launch their next hyper-casual games. Furthermore, the event will give participants the perfect stage to showcase their ideas and push their prototypes or finished products into the mobile app charts quicker.

Voodoo’s publishing and product teams will be on hand throughout the competition for any support needs that participants may have. Moreover, the publisher will provide participants access to live streams and marketing insights to develop their prototypes. The competition is open to any studio, and Voodoo says they’ll consider as many prototypes.

The total value of prizes given is limitless, meaning that participants can enter a prototype multiple times to win more than one prize. The prizes on offer include:

First prize – $1million, minimum guarantee – For all games that have exceeded 5 million downloads on iOS in the US in the first four months following the launch

Second prize – $200,000, minimum guarantee – For any games that have been confirmed and launched during the competition

Referral prize – $100,000 – For studio referrals with the potential to have a confirmed hit game during or after the competition

The competition opens on October 10th and will continue until December 10th. Voodoo will hold an introductory webinar for all participating studios on Thursday, October 7th, at 3 pm CET.  The last day of submission of the games is December 10th, midnight CET.

To take part in the competition, register here.