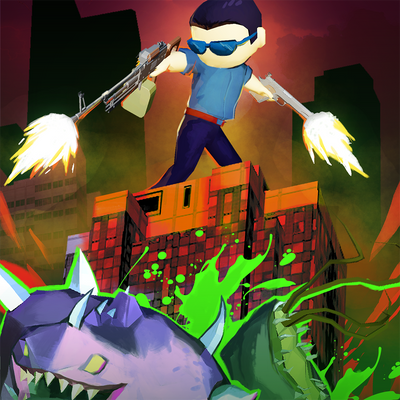 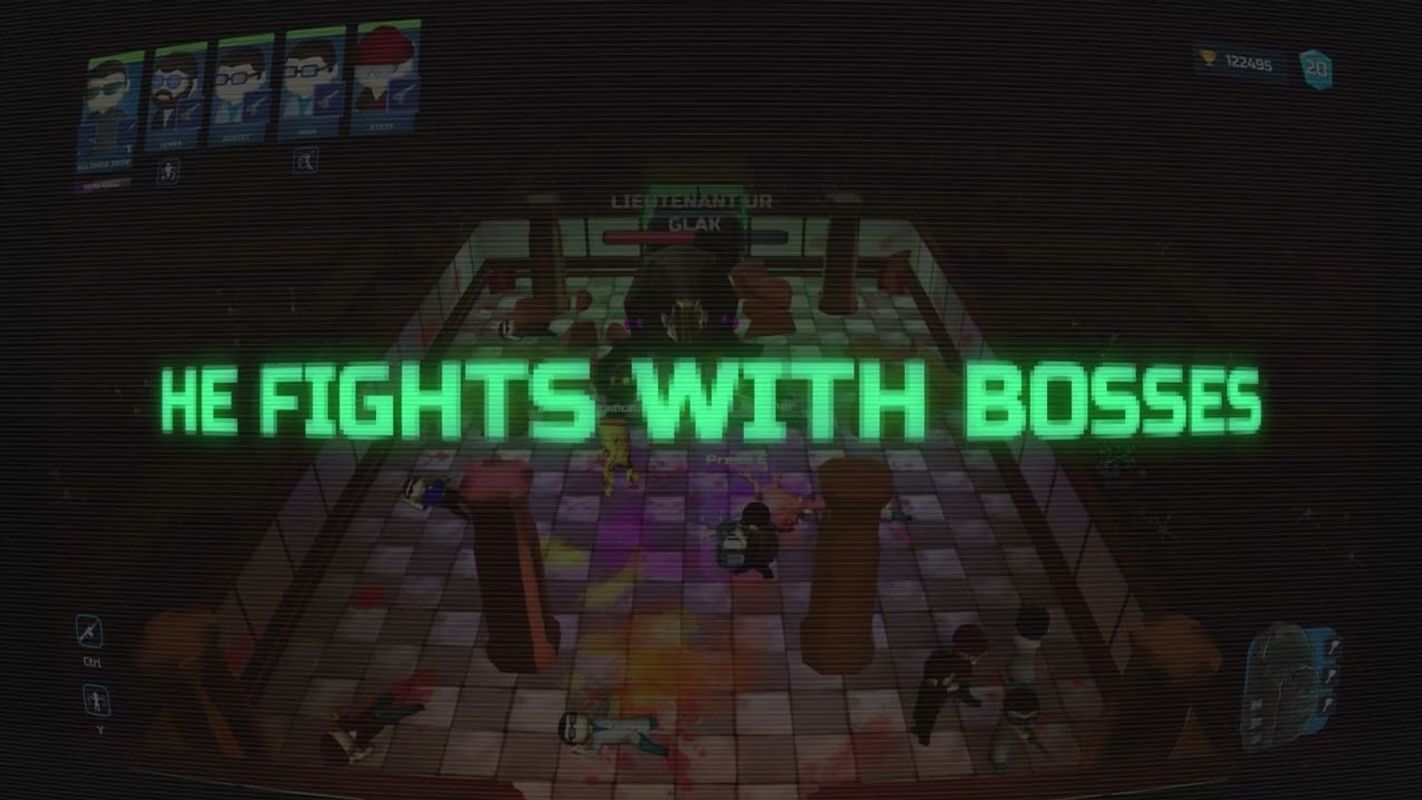 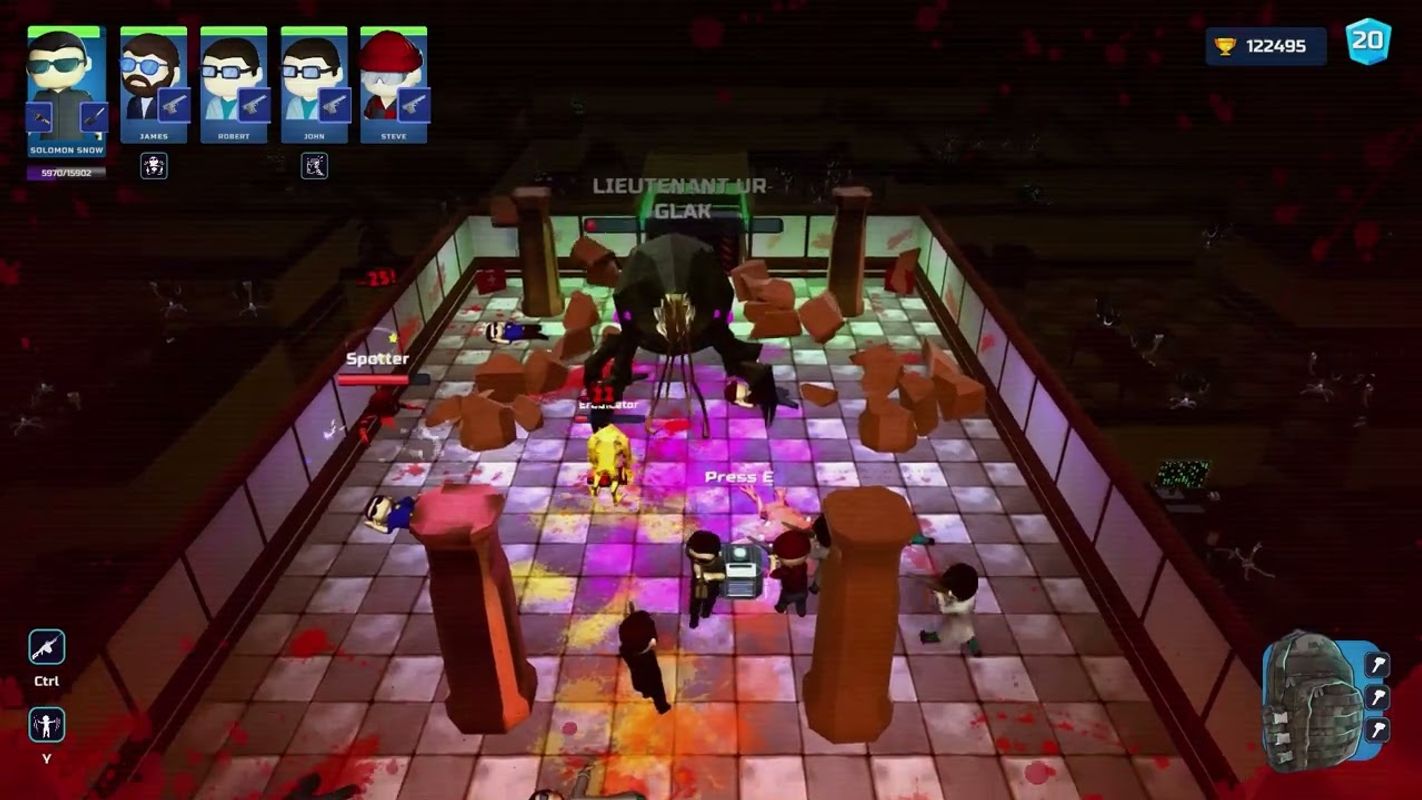 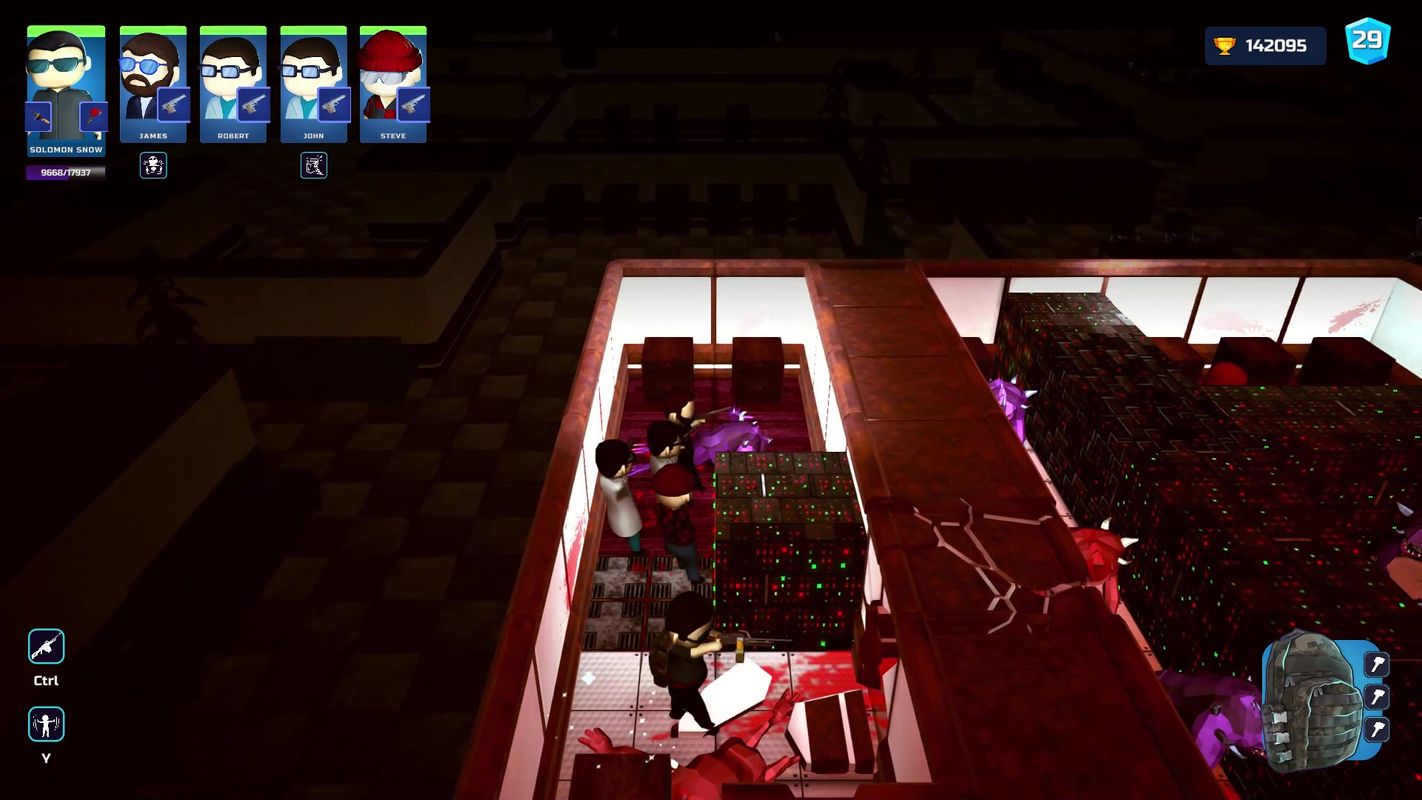 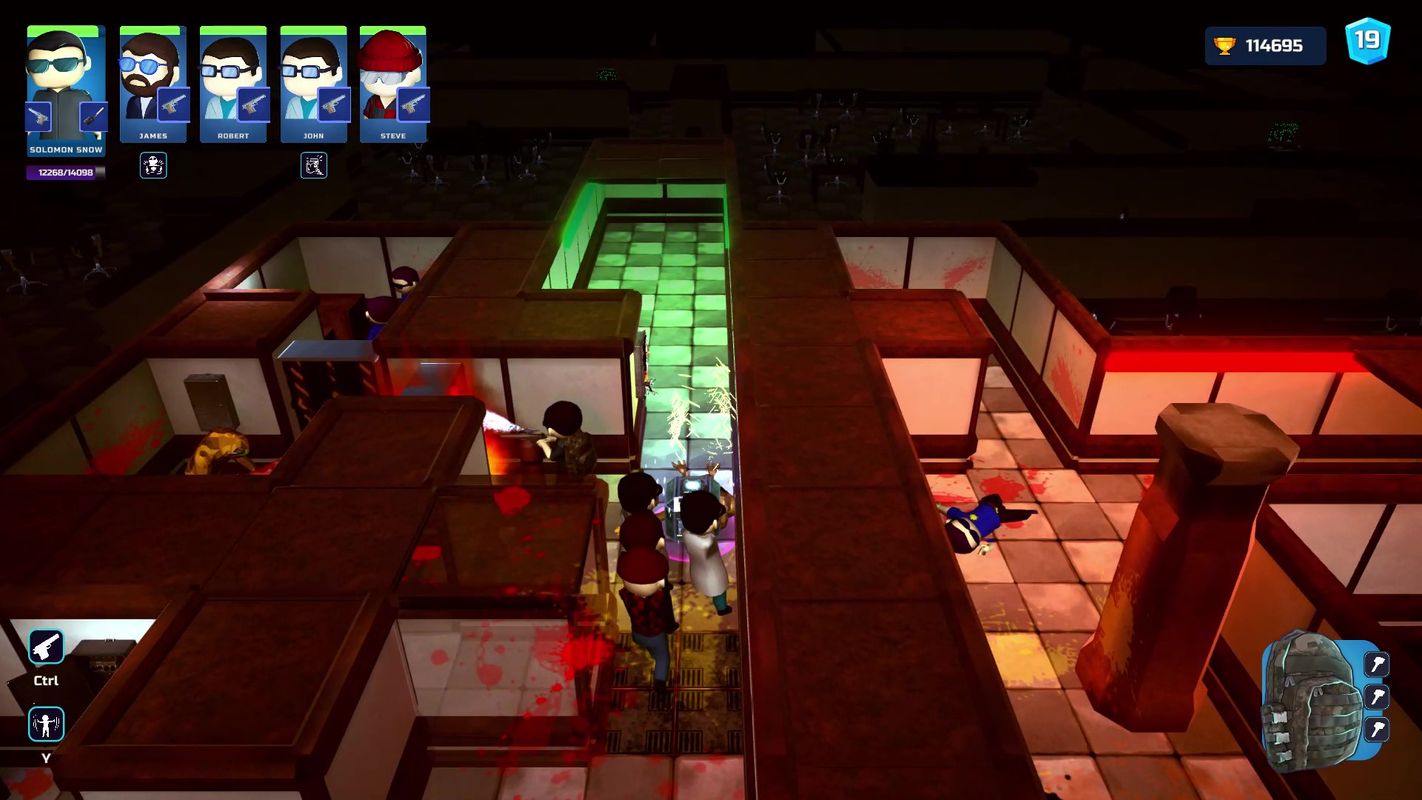 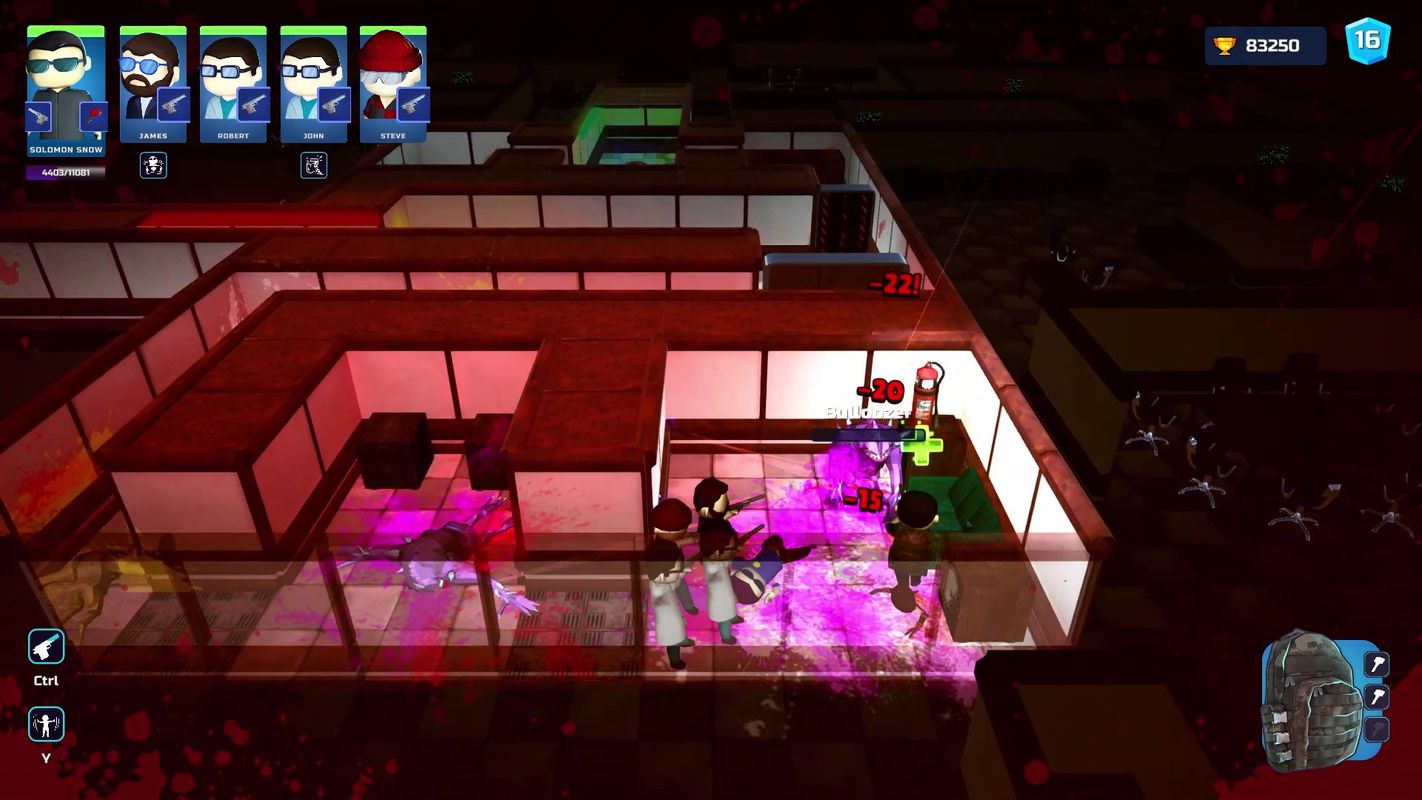 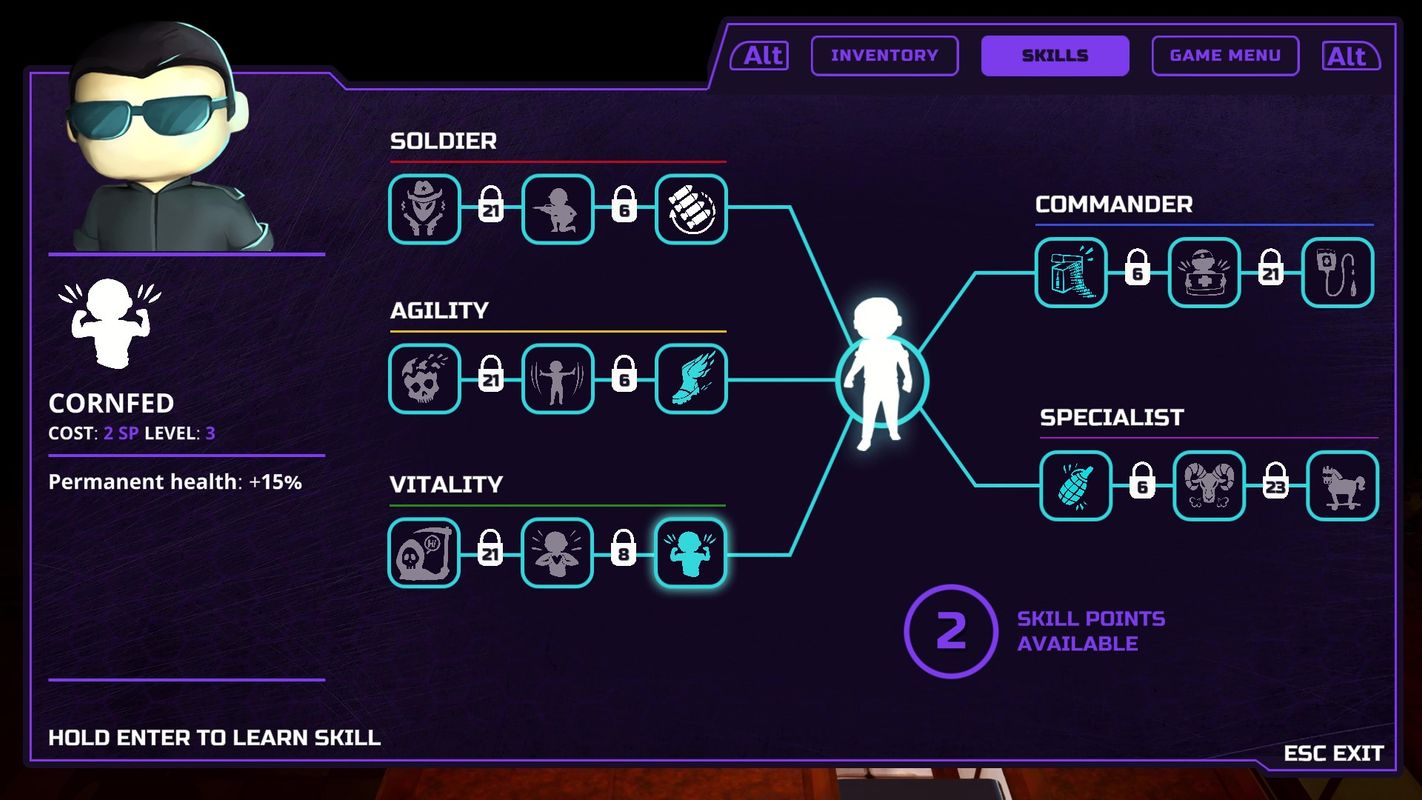 ABOUT THIS GAME
Sometimes when you come to work, the Solar System is under attack. Glakmirk battle cruiser has landed on Neptune and portals to the other planets are open, and as Solomon Snow - an ordinary security worker, have to deal with an alien army charging out of the gateway on a skyscraper rooftop.

Save your colleagues, planet and workplace!
You are the first line of defense. If you try your best, you might not be the last. Rescue the survivors, fight your way to the roof and EXTERMINATE ALIEN SCUM!

No one said it's going to be easy - and it won't. Be smart, be quick, and be on your guard. Oh, and we hope you brought your puzzle-solving skills with you - you just might need them.

Are you the man for the job?
However, Solomon Snow was born a long time ago, this is where his life really starts to count: this very morning, at the gates of the Futuresalt Corp building. 160 Renaissance Drive. The world could really use a hero right now, but apparently he's all that we've got.We guess you'll just have to do.

Shoot, rescue, lead the way!
The people you are about to meet on your way come equipped with some exclusive skills and tools: scientists open locked doors, engineers help put with environmental hazards, security officers bring firepower, office workers... well, we're sure they're very warm and interesting people anyway. Who knows: if you manage to use their talents wisely, you might even live a little bit longer.

Weapons and objects
Shovels, fire extinguishers, crowbars, assault rifles - some of this stuff might come really handy during an alien invasion. On the other hand, doesn't equipping an alien blaster sound like fun?

38 levels of war
The corridors are narrow, the rooms are dark. Danger might be lurking everywhere: in the hallways, deserted open office spaces and server rooms. Fortunately, you're not alone. If you help the survivors, they help you. Now, go scrape some skies, Solomon Snow.

Neutralize enemy officers
There's no defeating a beast without decapitating it. Locate the ranking enemy officers, have a chat with them, and deliver the ultimate message of peace: a bullet to the head.

Once war has started, there's no stopping it - only winning
This is it. We are NOT alone - however, God only knows we'd prefer to.

Solomon Snow: First Contact
Retro-flavored shooter featuring puzzle-solving and team-building mechanics, inspired by such classics as: Alien Breed, Half-Life, Duke Nukem and Doom. The game is designed to run smoothly on all kinds of platforms: PC, consoles, smartphones and iiRcade devices, and deliver gallons of intense fun. Saddle up, reload and go save the world.