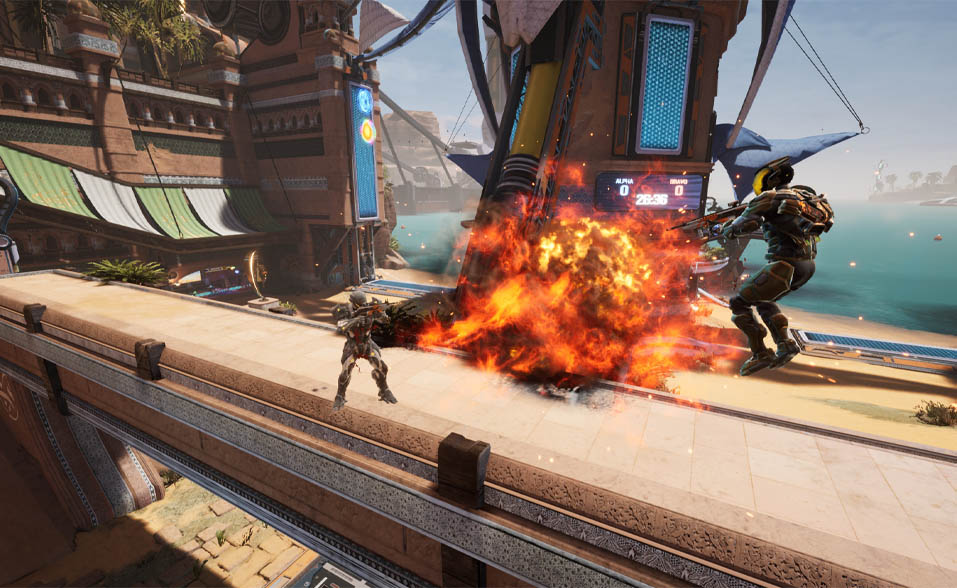 1047 Games is on a rocket to success with their multiplayer shooter, Splitgate: Arena Warfare. With $6.5 million in funding from Galaxy Interactive and other investors, including VGames, 1Up Ventures, and Lakestar—they will be able to expand the development of the game even more.

1047 Games said it will use the funding to exponentially ramp up its in-game content creation and hire new developers. 1047 Games also plans to scale up its marketing endeavors to get more people to play its titles. As of now, the studio has secured a total of $10 million. The studio has previously received funding from Draper Dragon and Draper University Ventures.

“We’re proud to be working with the game industry’s top VCs to elevate Splitgate’s position as a top-tier multiplayer experience. We’re uniquely positioned among online shooters to grow and expand both our current game and its loyal fan base to more gamers around the globe,” Proulx commented.

Co-founder and CEO Ian Proulx of 1047 Games said he’s proud of collaborating with the leading VCs in the game industry to elevate Splitgate’s position as a top-tier multiplayer game.

“With Splitgate and its fantastic portal mechanic, 1047 Games is elevating the FPS genre in new and innovative ways. It’s astounding what such a small team has been able to accomplish, creating a AAA quality game at a fraction of the cost,” Kim said. “We’re incredibly excited to back this team, and we can’t wait for the world to create tons of memorable moments while playing this game.”

General partner at Galaxy Interactive, Richard Kim, commented that the portal mechanic is elevating the FPS genre and he’s impressed by what the company achieved with a small team.

1047 Games operates remotely but has a physical presence in Zephyr Cove, Nevada. The studio has already launched Splitgate, and it was received positively in early beta form. The free-to-play multiplayer shooter was initially released in May 2019 on Steam.

Splitgate is loosely based on Portal (2007), a puzzle-platform game developed and published by Valve. Its successor, Portal 2, came out in 2011.

Proulx leads a team of about 25 people and works in Lake Tahoe. Most of his team works remotely across the U.S. and New Zealand.