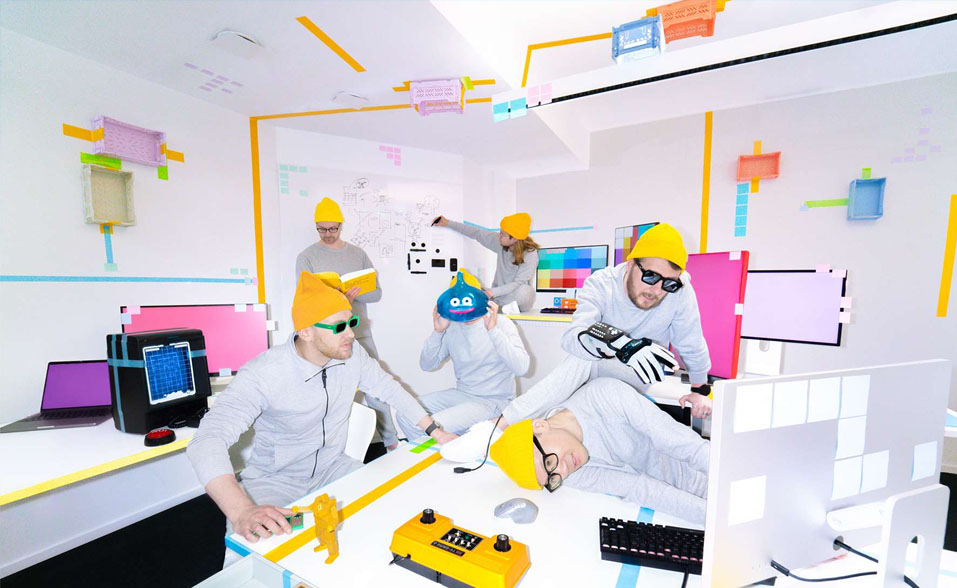 In addition, the round was backed by Eric Seufert, who is investing through his firm Heracles Capital, as well as angel investor Stephane Kurgan.

As the name suggests, the goal of Bit Odd is, well, a little odd. The studio was formed by several minds behind Clash of Clans and Clash Royale from Supercell—Lasse Louhento, Taneli Oksama, and Jani Lintunen. The founders said they want their company to be the next big thing in mobile gaming, and Index Ventures will help them do it. The company plans to use the funds to create “a sense of wonder and weirdness in gaming.”

“We started BIT ODD because we felt something was amiss in the world of gaming. Not because there isn’t phenomenal talent and amazing titles out there—there are. But the huge boom in mobile gaming has produced something of a gold rush, “said Lasse Louhento.”It’s fueled a kind of Wild West, ‘finance-first’ thinking, where developers fixate on what the competition is doing, on analytics, on execution, on playing it safe. Our team at BIT ODD is, well, a bit odd in believing that game design should be about making a leap of faith – not based on data but on feeling, on what stirs the soul, on visiting uncharted waters, on the ideas and artisanal touches and magical moments that make up a rich and unique player experience.”

Index Ventures has a long history of supporting successful mobile gaming companies. Index has made numerous investments in firms such as Supercell, King, Roblox, and Dream Games, which appears to be working out well. However, now the firm believes that “something unique” is emanating from Bit Odd – unique enough to warrant an investment of €5 million.

‘BIT ODD have assembled a first-class team and possess a clear vision that sets them apart from the pack,’ says Sofia Dolfe, the investor at Index Ventures. ‘Their sense of quirkiness, fun and creativity taps into something that’s fallen out of focus in gaming. Along with their track record of making genre-defining, break-out hits, we believe their first release will be something extraordinary.’

It’s common for new studios to have difficulty securing Funding unless the founders have a proven track record. That’s not the case with Bit Odd, as the team is composed of experienced talents that have worked on some of the most popular mobile games ever.

Bit Odd’s founders are confident in their ability to create something unique, and Index Ventures has put its money where its mouth is. It’ll be interesting to see what Bit Odd comes up with in the future.