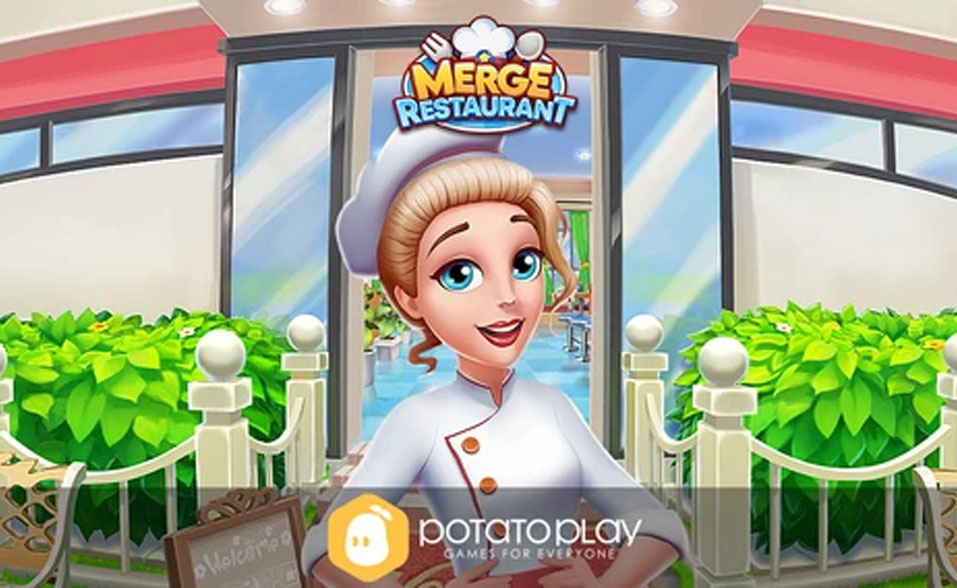 This is Potato Play’s third fundraising event of this year, after two prior rounds in 2020.

“We’re thrilled to welcome our new investor partners and humbled by the continued confidence shown by our follow-on investors,” said Potato Play CEO and co-founder Vincent Low. “Potato Playset out to build the leading casual games publisher in Southeast Asia and has already seen multiple recent successes in the merge category. With Merge Restaurant’s promising metrics and this new infusion of capital, we’re kicking into the next gear with its global launch.”

In September 2020, Potato Play raised $1.75 million in seed money to develop games in the hybrid-casual genre. Before that, the company received $500,000 in funding from Play Ventures to expand its team and operations in Asia.

Potato Play will use the money to launch its newest mobile casual puzzle game Merge Restaurant. The studio also said it needed the investment for the ongoing support and scaling of the title and hiring more staff.

“Right now, our focus is on scaling the team by hiring and scaling the game by iteratively improving the ROI,” according to co-founder & COO Kingsley Jegan. “We’re hiring Game Designers, Producers, Artists, and Marketers, both in Singapore as well as remotely.”

Potato Play has launched its Merge Restaurant for iOS and Android on February 24.

Henric Suuronen, Founding Partner of Play Ventures, concurs: “In the past year, the casual merge market has continued to grow both in size and importance. The experienced team at Potato Play has captured the emerging merge puzzle segment with a very high quality and innovative game with excellent metrics. We at Play are incredibly excited to support the scaling up of the game.”

Merge Restaurant is a new entrant to the fast-growing casual merge market.

According to industry experts, the merge category is up 19% year-over-year and is touted as”the new Match3″ and “arguably the most popular subgenre.”

In other news, UK-based mobile game developer Tripledot Studios raised $116 million in a Series B financing round to expand its game portfolio and to acquire other developers.