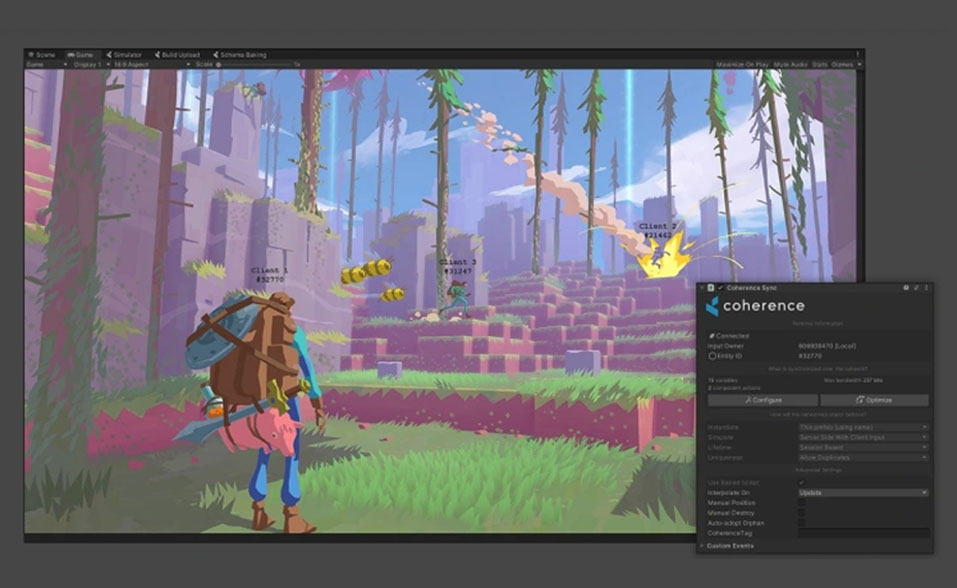 Tech startup Coherence has raised $8 million in a funding round to develop technologies that will make multiplayer games development accessible to all.

The funding round was led by Griffin Gaming Partners with participation from several investors.

The investment will allow Coherence to expand its staff and offer gaming technology to game creators with the aim of democratizing real-time multiplayer experiences.

Coherence is a free, easy-to-use, and highly scalable platform for creating multiplayer games and virtual worlds.

Founded in 2018, Coherence is based in Malmö, Sweden, by CEO and co-founder Dino Patti. Patti was the former CEO of Playdead before he started Coherence with game industry veterans Tadej Gregorcic and Senta Jakobsen.

“Real-time multiplayer experiences still have significant untapped potential. There are so many hurdles when it comes to making multiplayer games that can effectively shut down the creative process early on in a game’s development.” Dino Patti, CEO and co-founder said. “With Coherence, we want to break those barriers, and this latest round of funding is going to help us fulfill that mission. It’s been a very exciting journey until now, and I can’t wait for more talent to join our already amazing team.”

“We are thrilled to be working with the talented team at coherence to create the next generation of multiplayer technology for games,” said Anthony Palma, partner at Griffin Gaming Partners (and an excellent Warzone player). “As a former game developer, I know the challenges Dino and his team are addressing for creators firsthand. We are excited to see them empower more game makers to build scalable and complex multiplayer experiences with Coherence.”

This is Coherence’s second funding round. Back in November 2019, the company raised $2.5 million in a seed funding round led by Firstminute Capital.

In other news, Tower 26 Venture Fund, a venture capital fund founded by acclaimed game investor Jon Goldman, announced that it is investing $50 million in startups developing VR games and the metaverse. Goldman is the managing director of Skybound Entertainment, the developer responsible for The Walking Dead franchise.