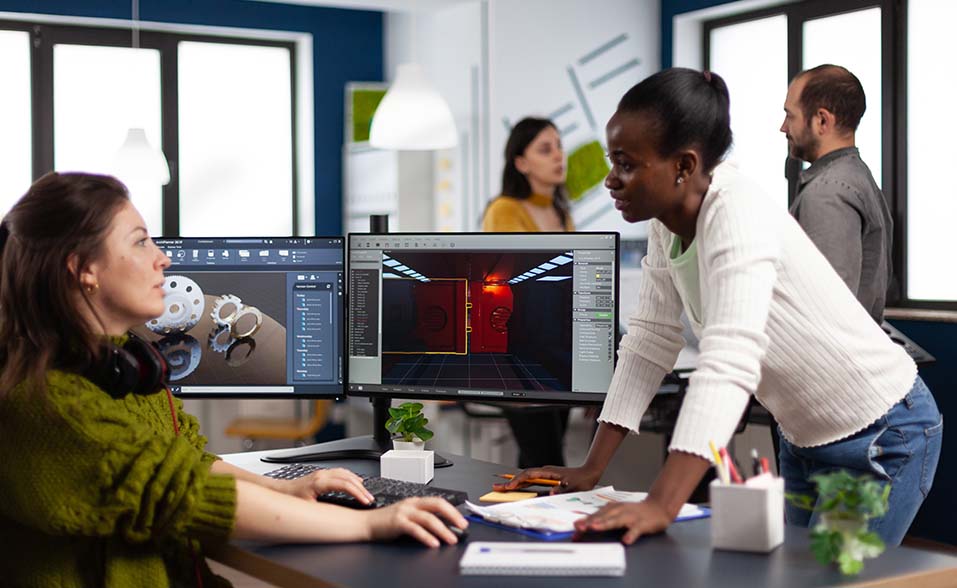 If the project goes as planned, this will be the first AAA games development studio in the Middle East.

There have yet to be any individual developers assigned to the project, but NEOM claims that “the team is currently being incubated with creators from all over the world.” The studio will be relocated to NEOM’s media hub in 2023.

“We know there is a growing convergence between gaming and the media sector more broadly, so by building one, we are helping the other grow,” NEOM CEO Nadhmi Al-Nasr said. “Establishing this studio creates future-proof career paths and job opportunities in an environment that fosters creativity, entrepreneurship and talent development, in line with Saudi Vision 2030.”

According to Saudi Press Agency, the studio will “produce high-production-value games for local, regional and international gamers.”

“Our partnership with NEOM unlocks new opportunities in the region’s media industry, which will enable Saudi Arabia to emerge as a leading global media hub,” MBC Group Chairman Sheikh Waleed bin Ibrahim Al Ibrahim said. “MBC will put all of its expertise behind this project to become an economic and technical incubator for a new generation of media talent, in keeping with the Kingdom’s efforts to support all aspects of the industry.”

Additionally, the studio is expected to create many job opportunities in numerous directly linked industries, including programming, game design, marketing, publishing, and art and audio production.

Gaming spending in Saudi Arabia, the Arab world’s largest economy, is huge and growing. Boston Consulting Group expects gaming consumption will rise to $6.8 billion by 2030 and at a compound annual growth rate of 22 percent.

Saudi Arabia has been investing in technology and gaming companies as part of its vision to diversify its oil-intensive economy.

NEOM is located in Tabuk, a province in the northwest of Saudi Arabia. The smart city’s futuristic developments are powered by clean, green energy and interconnected technology to promote sustainable living.

The Kingdom’s media industry has significantly benefited from the efforts of both NEOM and MBC Group. The development of the region’s first AAA gaming studio is a continuation of that collaboration.

While NEOM is committed to expanding the Saudi Arabian games business, it has also been a source of contention.

In 2020, NEOM was the main sponsor of the League of Legends European Championship’s summer season. However, it received criticism for Saudi Arabia’s human rights record and claims that Saudi authorities forced Huwaiti tribe folks to relocate to make way for NEOM’s construction.

Riot Games quickly ended its collaboration with NEOM after the news went public.